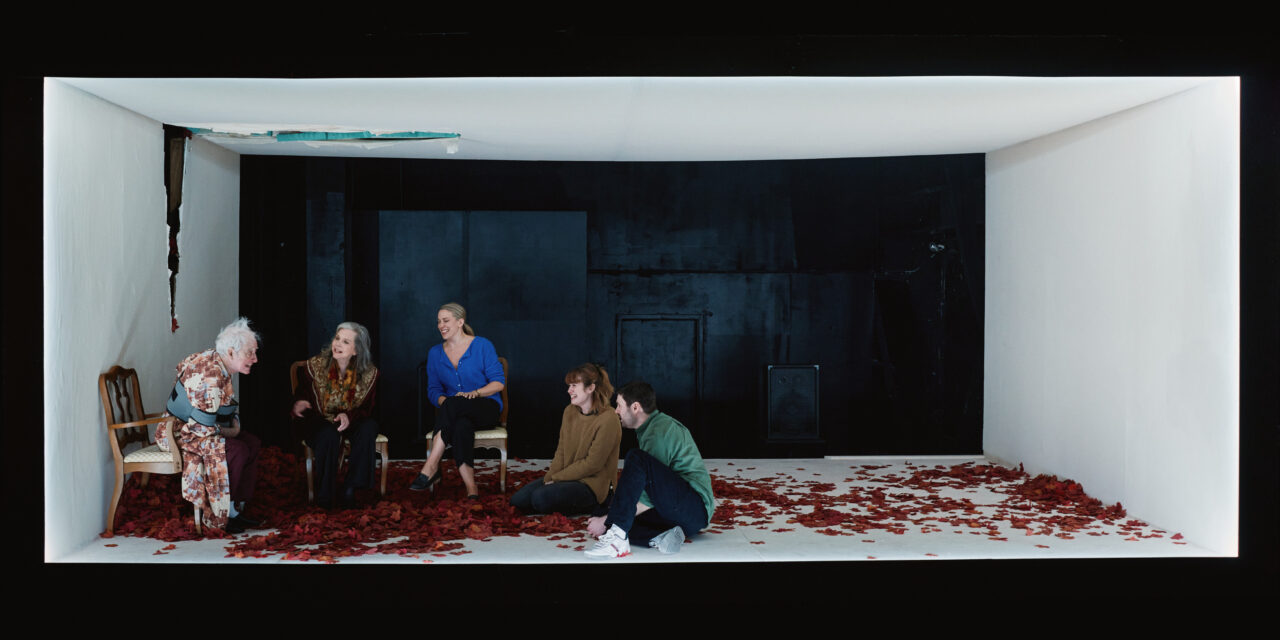 The Dark Outside by Bernard Kops, directed by Jack Serio, presented by Theater for the New City this November, addresses familial issues and the need for healing and unification.

The play is centered on the traditional family structure of a father, Paul, played by Austin Pendleton; a mother, Helen, played by Katharine Cullison, for whom the part was written for; three children: a son, Ben (Jesse McCormick) and two daughters, Penny (Kathleen Simmonds) and Sophie (Brenna Donahue). The Dark Outside portrays an assortment of dilemmas that plague the family.

The stage opens to a dynamic, modern and sleek box structure resembling a frame designed by scenic designer, Walt Spangler. The box shape of the frame encloses the family as they reveal and discuss their afflictions. In the corner there is a deep hole that spews leaves every so often. Leaves also cover the floor which are also used as props throughout the play. Aside from the leaves the stage is designed with only a few chairs.

The play is set in London during the 20th century. Paul, a tailor by profession, is about to celebrate his 60th birthday. He is not in good spirits since he was hit by a drunk driver which resulted in the amputation of his arm. He wears a Kimono and an arm sling symbolic of his style and injury. Helen, is wife, has coordinated a party where their three children will attend. This joyful occasion turns into a therapy session for the family. Traumas and secrets are revealed which result in intense conversations for the family to resolve as a unit.

The family sets forth with the intention of rejoicing in the happy celebration but the events of the day take a turn. The pain is too much to endure for some of the characters and it seeps into conversations, singing and even their movements. The day develops into push and pull moments where questions are asked and feelings are felt but getting to the core takes time. They wear masks and these masks take a bit of finagling and dancing to come off.

One of the more impactful moments occur amongst the sisters, Penny and Sophie. The younger sister reveals a traumatizing event that leads to her break down. This event took her on a downward spiral that no one in the family was aware of. It is a turning point in the relationship for the sisters. It brings to the forefront the notion of suffering alone whether it be because of shame or fear.

Bernard Kops (who will turn 95 at the close of this play) is one of Europe’s renowned playwrights and with talents such as Austin Pendleton and Katharine Cullison at the helm, The Dark Outside is a thoughtful play that presents an inside view on the nature and interactions of families. 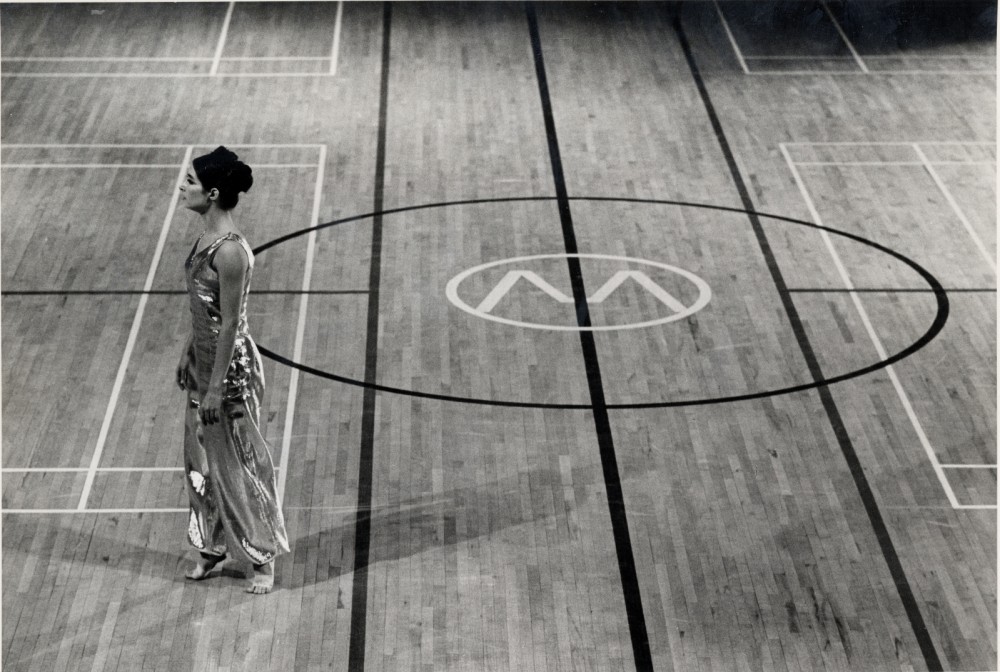 Twyla Tharp Dance in Minimalism and Me 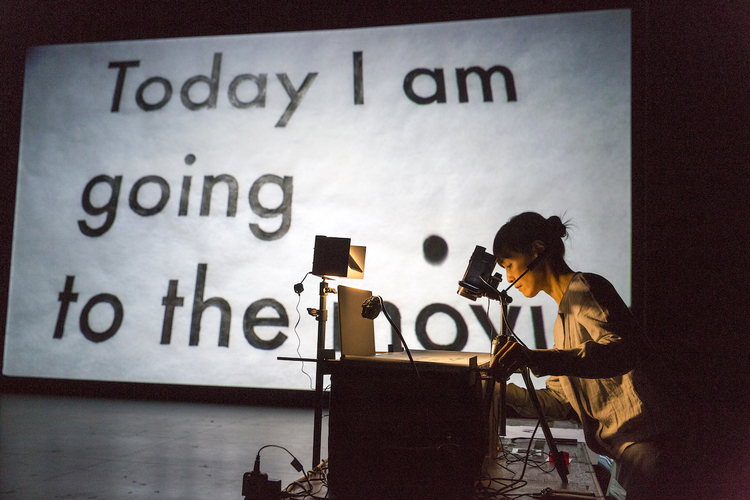