The Haunting of 85 East 4th Street 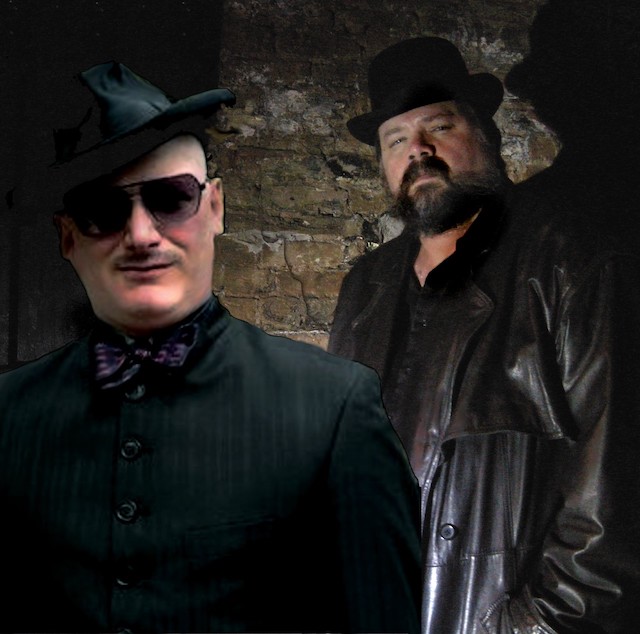 When Frank Zilinyi and Zero Boy enter upon a darkened stage in the ambient Kraine Theater, their presence is powerful.  Even for those of us who have enjoyed Radiotheatre’s stunning work before, we’re still not sure what to expect, and we’re just a little bit excited.

Drama Desk nominated Technical Director, Wes Shippee, provides the atmospheric smoke, lighting, and sound effects.  The ambience is enhanced once Zilinyi and Zero speak with intense dramatic eloquence to tell us we are sitting in the very space where real-life documented murders, unspeakable gruesome horrors and unexplained violent happenings took place.  The audience is hooked.  You see, 85 East 4th Street has an addled history of ethereal sightings, strange noises, violent demises, and the downright unexplainable.

Multi-award winning Radiotheatre founder, Dan Bianchi, resurrected The Haunting of 85 East 4th Street for a brief two week stint after its first performance 16 years ago.  Still fresh and yet just as macabre as ever, the unique and engaging presentation of this fascinating part of New York City geographic-specific history has left a profound effect on all those who experienced it.

It’s a truly unique way to spend a night in a theater – especially a haunted one.  As ominous sounds intrude and interrupt your own heartbeat, the horror of what actually happened upon the very site of The Kraine Theater can be felt lurking and seeping from its walls.

Yet here the audience sat; in the very spot where a hangman who always said he was just doing his sadistic job, slept soundly every night until the restless souls of those whose lives he took, decided to have their revenge on him.  In 1819 The Bloody Reverend Clinkard, as he later became known, hid his terrible secrets here.  This very spot where, when it remained as a time as an empty lot, was a dumping ground for the victims of the 1822 Yellow Fever Plague. Here, where retarded immigrant, Rebecca Mittlebaum, murdered her rapist by nearly decapitating him, and the subsequent documented sightings of a headless man lurking in the shadows. These are just a few of the officially documented ghost sightings, mysterious and gruesomely violent occurrences and deaths that occurred on this site.

With many theater productions relying on the hype of the action and scenery and props – the Radiotheatre productions lovingly nurture this bare bones theatrical method to ensure this bygone era of the golden age of radio experience remains fully intact and still entertains thousands to this day.

With just Zilinyi and Zero standing on stage with their own microphones, some smoke, some lighting effects, and intermittent images displayed on the wall behind them – this art form still has the ability to keep you riveted from beginning to end.

It’s not just the subject matter that entices you, but the talents of these restlessly experienced performers with impeccable timing bouncing between each other, the perfectly paced delivery, their glorious facial expressions and, of course, their amazing voices.

Celebrating its 20th season in NYC, Radiotheatre has produced over 90 live stage productions in various NYC and USA tour venues. They have been nominated for a Drama Desk Award and won 5 New York Innovative Theater Awards including 15 nominations, 5 of which were for Best Performance Art and have been nominated 6 times for the Rondo Hatton Horror Awards.

Be sure to keep track of their upcoming shows to let yourself be transported to another time and place where you will be transfixed by Radiotheatre’s beautifully crafted work.