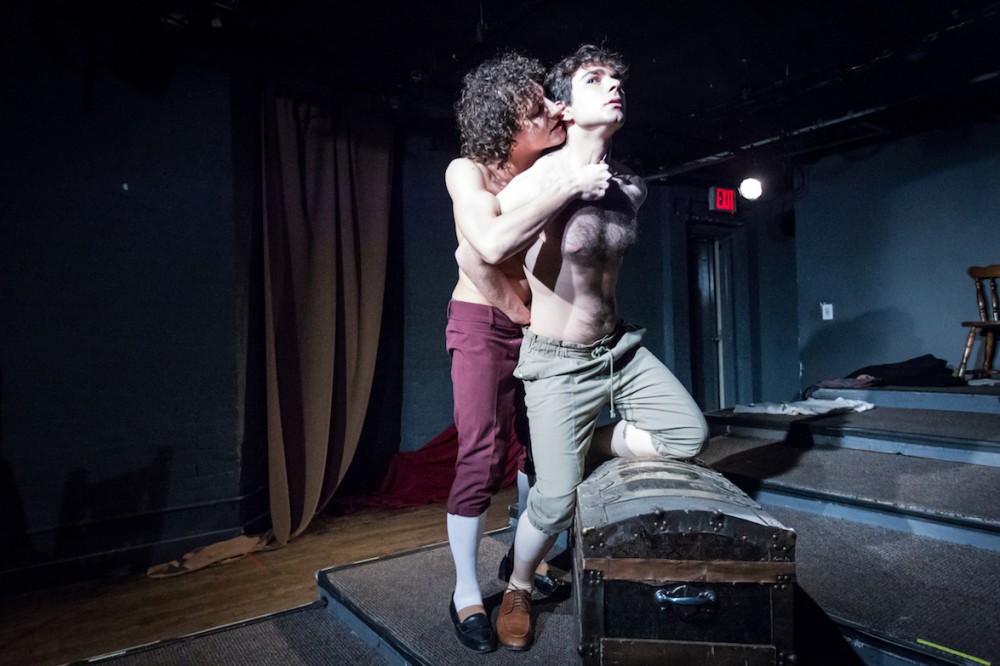 For centuries scholars have raised questions about Shakespeare’s real identity because so little verified information is known about him. Shakespeare’s lowly background and paltry education pose conundrums. He had no elite, formal education. His humble beginnings did not afford him the time or pleasure to travel to familiarize himself with his play settings in Italy, for example, Verona, Rome, Sicily. In the Fledgling Theatre Company’s New York City Premiere of The Shakespeare Conspiracy written by Ted Bacino and Rufus Cadigan (part of The Christopher Marlowe Festival) these issues and many more are raised in a finely tuned, delightful comedy which lays the Bard bare.

The clever and most entertaining production reveals superb direction and adroit acting by the ensemble. Presented in The Studio Theatre on Theatre Row, director Jeremy Karafin and the design team of Brian Pacelli (Lighting and Scenic Design), Alice Geaccone (Costume Design), and David M. Lawson (Sound Design) place us back in Elizabethan England (1593-1632). Through minimalistic props and excellent use of staging and space, the director and actors suggest the dynamic which fuels the conspiracy that many debate today.

Amidst quips, “Shakespearean” quotes, mystery, intrigue, love and a crime investigation, we learn fascinating information about a master poet and playwright, who at the least, greatly influenced Shakespeare’s writings. However, the arc of Bacino’s and Cadigan’s play solidly develops this adventurous intrigue with rationality so there are few logical gaps. It poses that the clever genius of poet Christopher Marlowe actually penned the brilliant plays that history and Marlowe’s clever ruse have deceived us to believe were William Shakespeare’s. During the course of this unveiling, we note the backstory of the heroes and villains. Through action and the guidance of Constable Henry Maunder, we learn the how and why such a divergence from our present knowledge of Shakespeare might have taken place. The Constable (a spot-on, engaging James Arthur M.) is the dynamic agent who editorializes and draws us through various events. Thus, we learn why Marlowe (an accomplished and heartfelt Mateo d’Amato),  must, with the help of lover and patron, Sir Thomas Walsingham (Matthew Dalton Lynch) fake his death

We believe the loving relationship between Walsingham and Marlowe precisely because of the steely, then broken-hearted Lynch and sensitive, impassioned d’Amato. And the attendant performances of the ensemble (with Dontonio Demarco and Joshua Jacobson) adhere.  Jevon Nicholson is villainous as the commanding, menacing Sir Francis Walsingham who suspects Marlowe is still alive and sends Maunder to investigate.  Antic Paul Marquez is humorous as gay friend Honorable Henry Wriothesley, who plots with Marlowe and Walsingham to pass off Shakespeare as the one responsible for Marlowe’s brilliant plays. Temesgen Tocruray is perfect as the lusty, masculine, philanderer Shakespeare, whose literacy is questionable. Each of these actors work seamlessly together to engage our acceptance that Shakespeare is not responsible for his sublime poetry and plays but the gay genius Marlowe is. By the conclusion as Arthur M.’s Maunder and the surviving Marlowe provide the coda which ties up the threads about the deaths of Shakespeare and the others, we feel satisfied at the plausibility of The Shakespeare Conspiracy. Almost apologetically described as a gay romp, the tone of the play is comedic. However, there is underlying depth and emotion. None of the actors push for laughs. All of the behaviors appear organic. The actors are invested so the humor appears fluid and facile. For example, James M.’s role requires that he engage with the audience and break the fourth wall. Kudos go to his readiness for an anything can happen moment. Opening night a cell phone went off. He employed the intrusion to great and humorous effect, and integrated it with the action of the play. Just priceless and once again proving the wonders of drama in moments that are so alive it is breathtaking.

I heartily recommend this production as a must-see. Interestingly, the program indicates that this year The New Oxford Complete Works of Shakespeare credits Marlowe with some of the Shakespeare body of work. Even if you do not enjoy Shakespeare, you will be entertained by this presentation. And though Shakespeare scholars may not agree, they should have fun with the humorous integration of well-known lines and poems in the plot and the Wolsingham and Marlowe characterizations.

The Shakespeare Conspiracy at 410 Theatre Row, The Studio Theatre, should be extended. It runs with one intermission and may be seen until 5 May. For tickets call 212 239-6200 or go to: 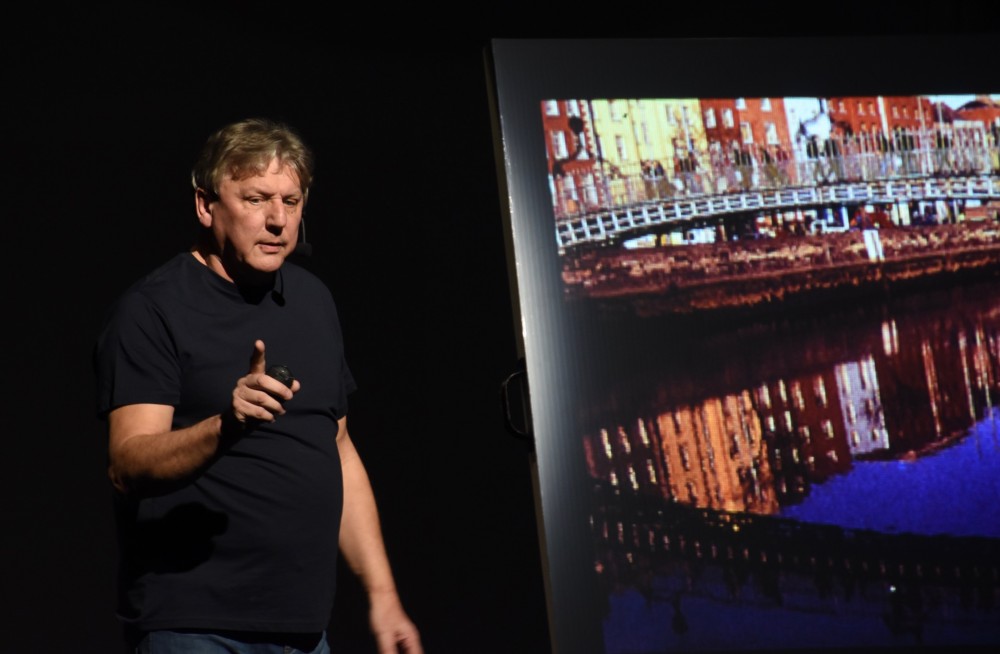 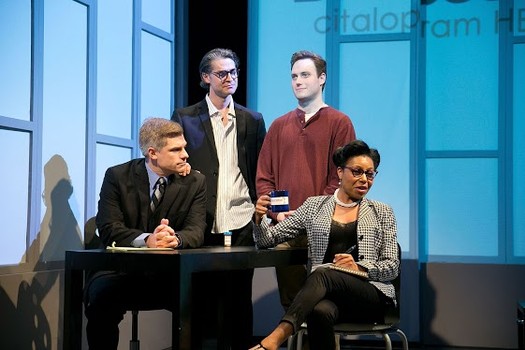 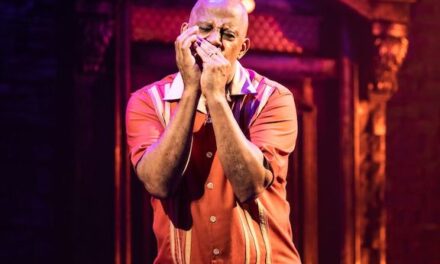 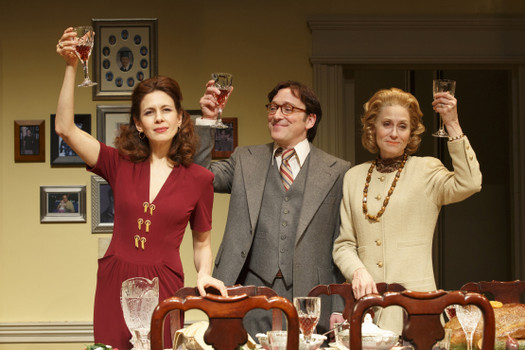