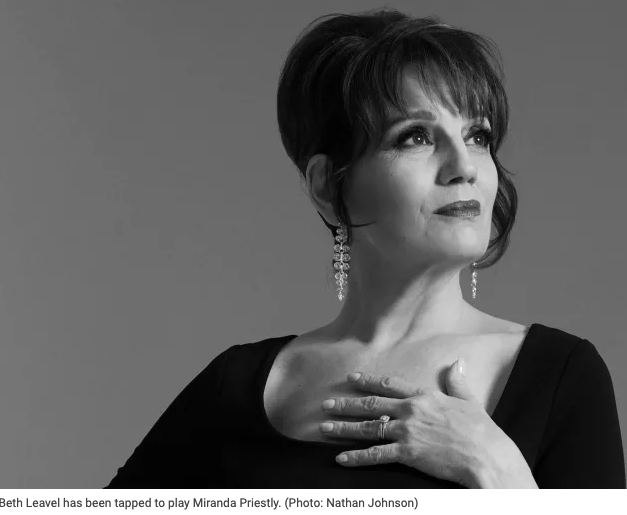 Royal Family Productions is proud to announce the kick-off of their second annual Female+ Forward Festival with See Her, a new cinematic theatrical piece written by one of last year’s FFF playwrights, Iman Schuk (This Open Earth). This event, the first content from Royal Family in 2021, will premiere on MLK Day January 18, with a conversation with the creative team and stream through the end of February. It will commemorate this incredible moment in history as a Black woman is inaugurated as America’s next Vice President.  This collaboration recognizes the voice of Black women as an unwavering strength and the drivers of change. The story will be told through spoken word, song, and dance and will be streamed for free on Royal Family’s YouTube channel. The event is FREE. For more information and to sign up to receive a direct link to the event go to www.RoyalFamilyProductions.org.

“Beethoven Lives Upstairs“ LIVE at Pinecrest Gardens Sunday January 17 at 3 pm. Audiences are captivated by more than 25 excerpts of the master’s music, including the Moonlight Sonata, Fur Elise, and the great Fifth and Ninth Symphonies. The music is magically woven into the drama as two actors share their anecdotes and observations based on true incidents from the composer’s life. Presenting history, drama, music, and fun, this engaging concert is an ideal way to introduce your kids to the music of Beethoven!  Virtual Tickets HERE.

The Museum of Jewish Heritage – A Living Memorial to the Holocaust continues to bring live music to audiences at home through the Live from Edmond J. Safra Hall concert series, presented from its state-of-the-art theatre. This series includes live-streamed performances featuring Carolyn Enger and Michael Winograd & The Honorable Mentshn. Carolyn Enger will perform her Mischlinge Exposé on January 19 at 2 PM (EST). Drawing on her family roots, Enger will feature stories of Mischlinge—a derogatory term used by the Nazis to describe people with both Jewish and Aryan ancestry—like her father and godmother, interwoven with the works of prominent German Jewish converts and Mischlinge. A conversation with Enger and Rachel Stern, Founding Director and CEO of the Fritz Ascher Society, will follow Enger’s concert. The concert is co-presented by the Museum, the German Consulate General in New York, and the Fritz Ascher Society for Persecuted, Ostracized, and Banned Art.

Celebrated klezmer musician Michael Winograd & The Honorable Mentshn will take the stage on March 4 at 8 PM (EST) for the group’s first live performance in New York City since February 2020. The group will play hits from Winograd’s 2019 LP Kosher Style, classics from the golden age of Yiddish theater and Klezmer music, and a handful of 2020 premieres.www.mjhny.org

Signature Theatre’s new production of Simply Sondheim, part of the Virginia venue’s 2021 SignatureFeatures season, five fully staged plays and musicals made exclusively for the screen and professionally filmed in HD on set (with safety protocols). Filmed over the course of three days in Signature’s MAX Theatre, Simply Sondheim will be available to stream February 2–March 26 on Marquee TV, an on-demand streaming platform dedicated to global arts and culture.

Directed and choreographed by Associate Artistic Director Matthew Gardiner, the cast is headed by Norm Lewis (The Gershwins’ Porgy and Bess, The Phantom of the Opera), Solea Pfeiffer (Evita, Hamilton), Conrad Ricamora (The King and I), and Emily Skinner (The Cher Show, Side Show), who are joined by Nicholas McDonough,Donna Migliaccio, Christopher Mueller, Katie Mariko Murray, Tracy Lynn Olivera, Paul Scanlan, Awa Sal Secka and Bobby Smith. The artists are backed by a 16-piece orchestra. www.sigtheatre.org

Broadway composer Drew Gasparini (The Karate Kid, The Whipping Boy) is launching a new podcast, Now We’re Talking with Drew Gasparini, in association with the Broadway Podcast Network. The first three episodes of the series launch on Friday, January 15th, with guests Alex Brightman (Beetlejuice), Kathryn Gallagher (Jagged Little Pill), and Colton Ryan (of the Apple TV+ series Little Voice). The podcast will be available every subsequent Monday from the Broadway Podcast Network and other podcast platforms.

The Light in the Piazza will be hosted by Lincoln Center Theater (LCT Spotlight Series) on Thursday, January 28 at 7pm ET with Stars Victoria Clark, Kelli O’Hara and Matthew Morrison who will be introduced by director Bartlett Sher and moderated by Ira Weitzman. The Adam Guettel-Craig Lucas musical premiered in 2005 at the Vivian Beaumont Theatre, and earned seven Tony Awards, including Best Original Score and Best Actress in a Musical for Clark. Free Tix at www.lct.org

Soap stars of ABC’s All My Children, One Life to Live and General Hospital will reunite in a streaming concert benefit for BC/EFA on February 11at 8 pm and will include Susan Lucci, Anthony Geary and Eva La Rue. Broadway Cares’ YouTube channel and more.