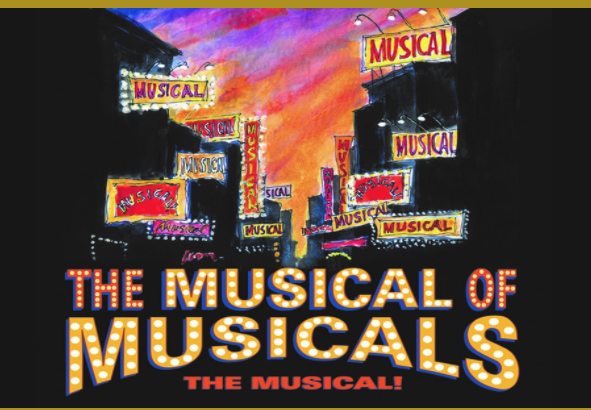 The Metropolitan Playhouse has a new free “screened” reading on April 17 at 8 pm (thru April 22 at 10 pm, so enormous it must be presented over two weekends,  live-streamed at no charge, with its groundbreaking, signature visual wizardry, and a talkback to follow: BERTHA, THE SEWING MACHINE GIRL – Part One, by Charles Foster. The run time is one hour. The essence of play highlights that the just are bedeviled by the selfish, the fortunate by the resentful, the powerless by the powerful, and chance plays a far greater role in our day-to-day then we wish. Available at: www.MetropolitanPlayhouse.org/watchchipwomansfortune

**Please click here for a schedule of when each cast member will be performing. Schedule is subject to change.**

The York Theatre Company’s VERY SPECIAL all-virtual benefit production of the hilarious Musical of Musicals (The Musical!) by Eric Rockwell and Joanne Bogart on SUNDAY, APRIL 18 at 7pm ET (and on demand through April 21 if you miss it).  It’s comprised of five mini-musicals, telling the same story, parodying the styles of Rodgers & Hammerstein, Stephen Sondheim, Jerry Herman, Andrew Lloyd Webber, and Kander & Ebb.

Go to www.yorktheatre.org for the YouTube link at the time of the show. Show is FREE, but donations are so appreciated. GoFundMe Link: gf.me/u/znnvib

After a Covid imposed hiatus, A is For’s annual “Broadway Acts for Women” is back with an online event and virtual auction performed LIVE from 54 Below. Broadway Acts for Women is a yearly celebrity karaoke extravaganza where ticket buyers bid on which song a performer sings live! There will also be amazing celebrity prize packages available for bidding. Tickets: https://www.eventbrite.com/e/broadway-acts-for-women-2021-tickets-149627725555

The 35th MAC Awards are coming up on May 13th at 7 pm – virtually – and they are free on a YouTube format where all can watch together and chat! If you’re inclined, you can contribute to MAC’s Dottie Burman Fund. www.macnyc.com

FourthWall Theatrical, in association with Fake Friends and Jeremy O. Harris, is thrilled to announce that tickets are now on sale for the world premiere of This American Wife, directed by Rory Pelsue, the newest experiment in live internet theater from the creative minds of Circle Jerk (Vulture’s Best of 2020). Part loving satire and part piercing examination, This American Wife, running May 20–June 6, is a multi-camera, live-streamed, dark comedy investigating the obsession, idolization, and all-consuming-hunger the women of The Real Housewives engender in many of us. Streaming live from a hauntingly glamorous Long Island McMansion, This American Wife is much more than a tribute to the guilty pleasure of a television franchise. As conceived and written by Michael Breslin and Patrick Foley, who perform alongside their friend and artistic collaborator Jakeem Dante Powell (Slave Play), This American Wife is an absurd fantasia on national memes that blends improvisation and multi-camera cinematography in a site-specific (and self-specific) live stream.

Lincoln Center for the Performing Arts today announced that Mimi Lien, celebrated set designer and MacArthur Genius grantee, has been commissioned to physically reimagine Josie Robertson Plaza as part of Restart Stages. “The GREEN” will transform the approximately 14,000 square feet of open, concrete expanse surrounding the Revson Fountain into an environment that invites New Yorkers to relax and enjoy the open, park-like space.

The installation acts as the physical centerpiece of Restart Stages, Lincoln Center’s initiative to help kickstart the arts sector and New York City’s revival. Restart Stages is part of the Stavros Niarchos Foundation-Lincoln Center Agora Initiative, a collaboration that reimagines and reactivates public space for a new era.