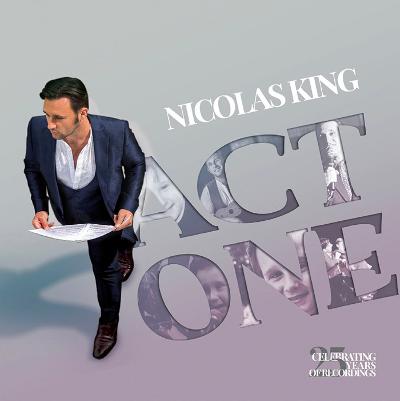 CLUB44 RECORDS is proud to launch their relationship with acclaimed vocalist Nicolas King with the release of his new collection Act One: Celebrating 25 Years of Recordings, which will be available in streaming and digital formats on Friday, January 22. A physical CD will follow on Friday, February 26.

MCC Theater will re-air the benefit reading of Alan Bowne’s Beirut that took place this past April starring Marisa Tomei and Oscar Isaac. The reading will re-air on January 28 at 7:30 PM EST and will be available to ticket buyers for three days. The reading will then join MCC’s On Demand portal the following day for subscribers or 24-hour rentals.

Broadway’s Future Songbook Series, presented by Arts and Artists of Tomorrow, will continue January 25 with the virtual concert Broadway’s Black Voices of the Future.

The series is sponsored by the Library for the Performing Arts at Lincoln Center.Click HERE for tickets.

Critics Choice Awards 2021: The Complete List of TV Nominees – “Best Movie Made for Television … Bad Education … Between the World and Me … The Clark Sisters: First Ladies of Gospel … Hamilton … Sylvie’s Love … What the Constitution Means to Me. . .(Entertainment Tonight)

Frozen postpones West End Premiere at Theatre Royal – The West End production of Frozen has postponed its opening while uncertainty over the ending of lockdown restrictions continues. In a social media message, the production revealed that it is going to halt selling tickets for the time being as it searches for new dates. Bookers in April and May 2021 will have their seats moved, with a new opening to be unveiled “as soon as possible

A Tribute to Nick Cordero – See Nick Cordero workshop a musical he was set to star in before his death as cast pays tibute –  exclusive footage, the Broadway star is seen rehearsing the musical The Eyes of the World: From D-Day to VE Day, part of the American History Unbound series. … To treat fans, John Monsky, the creator and narrator of American History Unbound, and actress Kate Rockwell put together footage of Cordero in his last would-be role. Honor Cordero with a donation to www.actorsfund.org