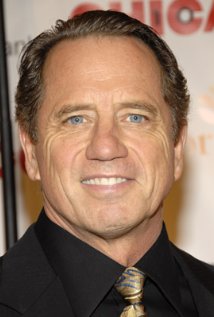 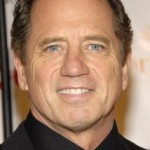 TOM WOPAT is a celebrated singer/actor best known for his original 80s TV hit “Dukes of Hazzard” role with co-star John Schneider.  He has had successful runs on Broadway and is a two time Tony Award nominated actor (1999 Annie Get Your Gun/2008 A Catered Affair). Wopat will perform at Iridium Jazz Club (1650 Broadway at 51st Street in Manhattan) with a new show “Tom Wopat Swings the Rat Pack” for four performances only on July 11 and 12- 8pm & 10 pm

The Iridium program will feature selections from his latest album “I’ve Got Your Number,” in addition to classics associated with vocal legends Frank Sinatra, Sammy Davis, Jr. and Dean Martin.

Highlights include “The Good Life,” “I Won’t Dance,” “I Fall In Love Too Easily,” “Too Darn Hot,” “Call Me Irresponsible” and more. Wopat’s special concert program was recently seen on New Jersey Public Television’s “American Songbook” series and is now available online. For the Iridium shows, Wopat will be joined by Music Director Tedd Firth on piano, Peter Grant on drums, David Finck on bass, and Bob Malach on saxophone.

Wopat has been featured on a recent AutoTrader.com TV advertising campaign with his original “Dukes of Hazzard” co-star John Schneider. The two performers recently announced plans to record a Christmas album together later in 2014.

This warm, engaging baritone has terrific phrasing that always triggers the desire to hear more. And the more one listens, the better it gets — from the way he finds the heart of a song’s story to his lyrical phrasing and his gently swinging, jazz-infused rhythms. That’s a large handful of uniquely appealing qualities, and they’re all over the fourteen utterly captivating tunes on the record. Tom applies his far-ranging interpretive skills to discovering new, intriguing musical twists in such Great American Songbook classics as “The Good Life,” “The Folks Who Live On The Hill,” “Call Me,” “Born To Be Blue,” “I Won’t Dance” and, of course, the title track. As if that wasn’t enough, he also takes his listeners on adventurous new journeys through contemporary songs from the likes of Paul Simon, Judy Collins, Bruce Springsteen, Bruce Hornsby and James Taylor.

At a time when male vocal artists have been in fairly short supply, his singing is a welcome addition to the contemporary jazz scene. “Performing these songs the way we do in I’ve Got Your Number is the most creative thing I do,” Tom concludes. “It’s extremely satisfying and fulfilling. And as long as it feels that way, I’m going to keep right on doing it.”

“Tom Wopat, like Sinatra in his glory days, makes it all look easy and perfectly natural.” – Stephen Holden, The New York Times