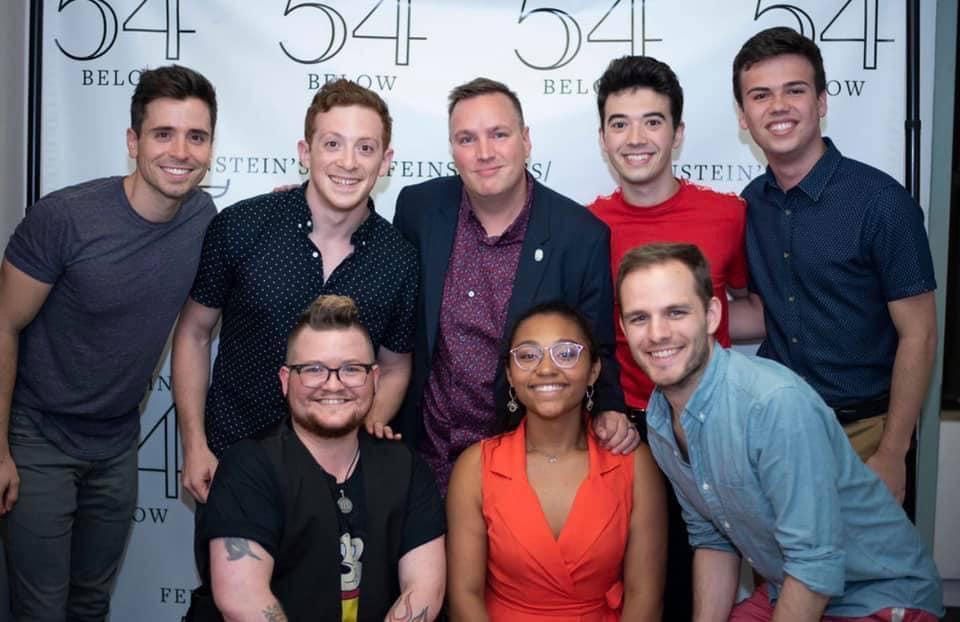 It’s been said that life is a cabaret, and nowhere was that more apparent than at Robbie Rozelle’s zany new late-night romp, which launched last Tuesday night at Midtown hotspot Feinstein’s/54 Below, under the ever-appropriate moniker, “Tuesdays at 54… with Robbie Rozelle!”

Part game show, part gabfest, and part open mic night, with a sprinkling of Rozelle’s own musical numbers and monologues in between — and its own custom array of late-night nibbles and noshes, to boot! — the evening is truly an unabashed, eccentric, effervescent party in the fullest sense of the word,  all delivered with a sumptuous Main Stem twist, and a side of that signature Rozelle sass. 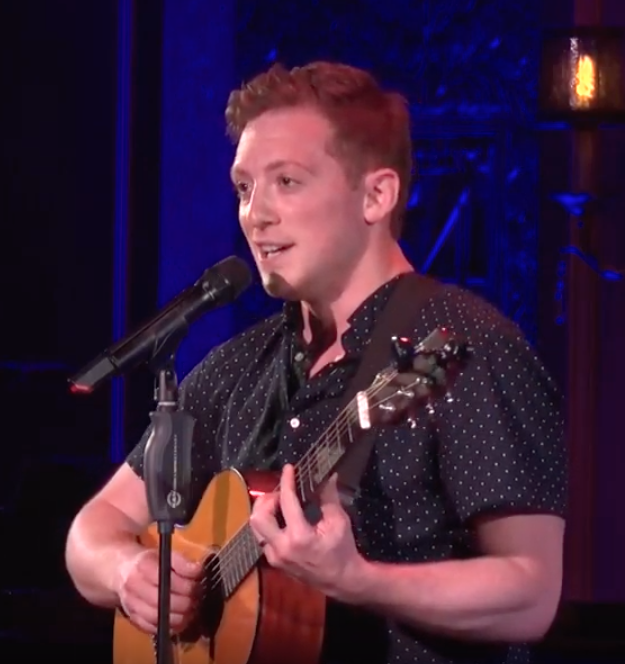 The inaugural venture brought Ethan Slater and Matt Doyle to the stage. Given that their section took the form of a traditional talk show, Slater divulged specific secrets and memories from his time spent first, undersea as that porous yellow sea sponge, and then, geeking out on the set of Fosse/Verdon, before performing “Boston” off his new musical, Edge of the World, as a means of promoting his own upcoming Feinstein’s/54 Below show next month. Doyle, meanwhile, spiraled down a YouTube rabbit hole of the past, while dishing on the genesis of his current gig, Freddie Falls in Love — “everyone moves around me and I react!” he quips, when discussing his role — and (hesitantly) partaking in the first of Rozelle’s recurring segments, “The Week in Patti LuPone Tweets” (complete with impression, natch!), before serenading us with that Jason Robert Brown staple, “It All Fades Away.” 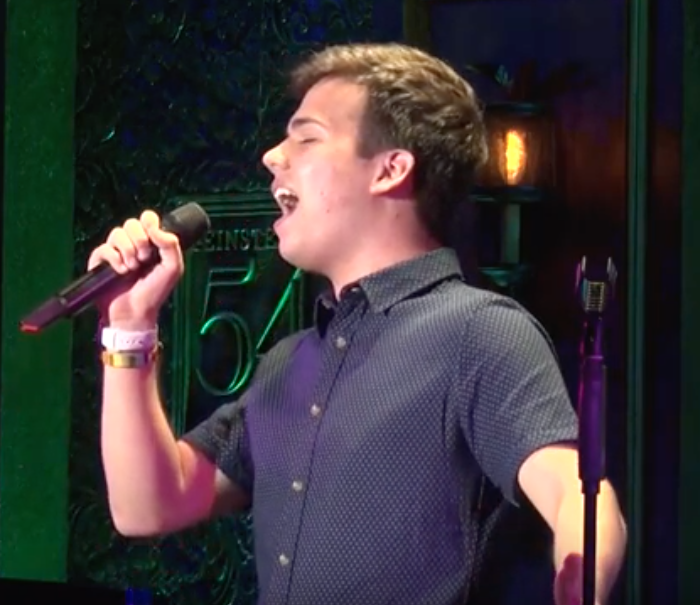 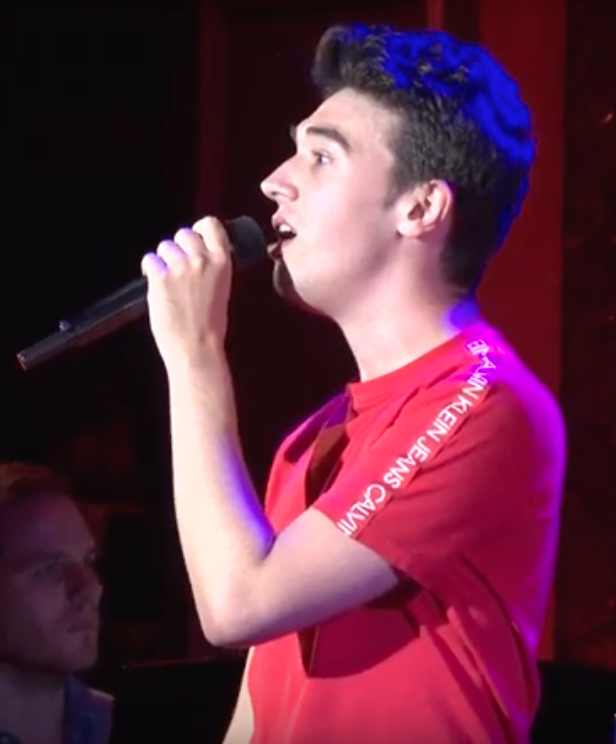 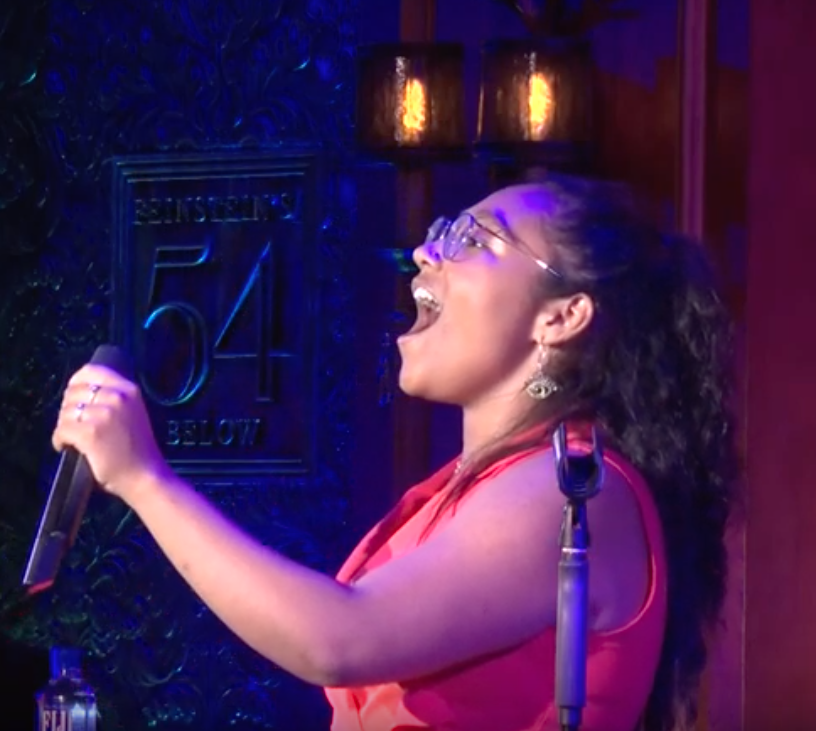 It was all interspersed by a showcase of young, emerging talent, which, this week featured up-and-comers Chris Sciortino, Donnie Cianciotto, Janaysia Gethers, and YouTube viral sensation Jeffrey Sewell, who wowed belting selections from Wicked, The Last Five Years, Company, and The Princess and the Frog, definitively ensuring this wouldn’t be the last time we’d hear their names.

In short, it’s no doubt an irreverent evening celebrating Broadway’s best, but with Rozelle at the helm, you know it’s also so much more. It’s an invitation to unwind from the events of the day (or the year); it’s a respite of sorts where, as we’re informed, “anything can happen and probably will;” it’s a judgment-free space to let loose with Rozelle and his Broadway friends, who, in turn, are also more loose, comfortable and relaxed, given Rozelle’s personable vibe, allowing them to be uncharacteristically intimate in one moment, and full-out on display in the next.

That’s Robbie’s charm, setting a precedent for theatrical indulgence that few can rival. So, if you’re intrigued, put down the knitting, the book, and the broom, and come taste the wine, hear the band, and experience the in-jokes and out-jokes of all your Broadway faves. ‘Cause Robbie Rozelle’s in charge, and Tuesdays at 54 will never be the same!

Tuesdays at 54, hosted by Robbie Rozelle, continues at Feinstein’s/54 Below (254 W. 54th Street) on July 30th. For tickets and more information, visit www.54below.com.