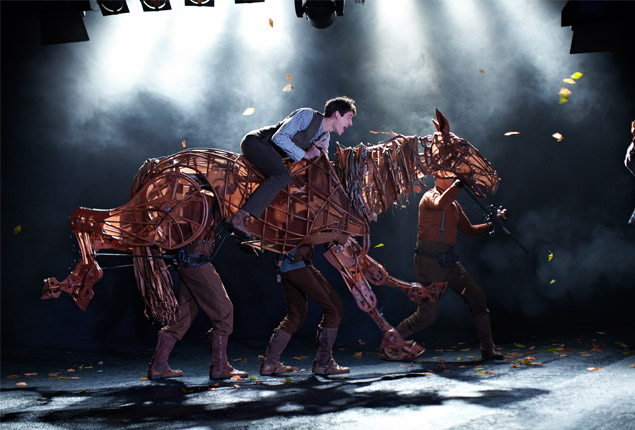 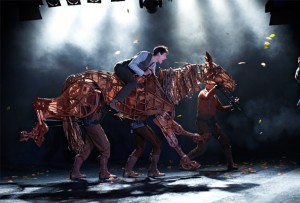 Resplendent in story and visualization, “War Horse,” in an open-ended run at Lincoln Center’s Vivian Beaumont Theater, is this season’s work of art. It may very well be the quintessential masterpiece of theatre for a long time!

The leading character is Joey – – – a half thoroughbred-half hunter, yes a horse, brought to life by the inventive design team of Adrian Kohler and Basil Jones for the Handspring Puppet Company, out of Cape Town, Africa.

The creative story has been a topic of conversation for sometime, starting with the sold out run at the National Theater of Britain of Michael Morpurgo’s children’s novel adapted by Nick Stafford, and continues as one of the West End’s biggest hits. It is now, thankfully, gracing our American stage. From my personal viewpoint, I am happy to have this grand, sentimental, historical and striking production to counter a season of rowdy shows that have hit Broadway.

The puppetry is astounding as each team working the 7 to 9 foot horses, breathes life into their characterizations, with ears, eyes and nostrils that move in tandem along with actual sounds, sometimes making it difficult to adjust to the fact that the animal, for which we feel such emotional empathy, is a puppet. The staging is breath-taking.

The story evolves in a small English town, pre World War I, as a family feud between brothers results in the often drunk Ted Narracott (Boris McGiver), buying foal Joey (a smaller puppet version of the larger one to come) at auction, with money he does not have, as competitive rivalry bidding ensues against his rich brother Arthur  (T. Ryder Smith). Ted’s 16 year old teenage son, Albert Narracott (a sensitive, obedient Seth Numrich), must take care of Joey and bonds with the horse who becomes his soul mate. With the outbreak of WWI, Albert’s father breaks a promise to his son resulting in Joey’s sale to the cavalry for 100 pounds. Albert’s loving but pragmatic mother Rose (Alyssa Bresnahan) can’t control her greedy husband as she attempts to balance her emotional bonds between husband and son. It was Albert alone who tamed, trained and cared for Joey, their bond simple: the cherished love between a human and a pet. There’s truly nothing that can replace it.

Albert runs away, enlisting in the Army to find Joey somewhere in Northern France as he  soon realizes that war is hell. Machine gun fire, barbed wire, tanks and the realistic images of death and its horrors ascend as he fights alongside his friend Private Taylor (David Pegram).

Joey meets his counter-part, Topthorn, an even larger stallion puppet, as the two pull at our heart-strings. When Joey’s wartime rider Lieutenant James Nicholls (Stephen Plunkett) is killed, Joey and Topthorn are cared for by German Officer Muller (Peter Hermann), portrayed as a kindly and compassionate man who is aware of the absurdities of war.

Balladeers, Kate Pfaffl and Liam Robinson, sing intermittently, about how all will die but will be remembered for what they’ve done. The audience becomes more than involved as the storyline progresses, the horses, the soldiers strained beyond limits, as many perish; scenes of the horses approaching barbed wire and the entanglement, the most disconcerting.

“War Horse” is impressively orchestrated under the joint direction of Marianne Elliott and Tom Morris. The stage is almost bare except for a torn scroll of cloth strung across the top where small projections of time periods and scenes add the necessary elements of the story (animation & projection design by 59 Productions). Scenery comes and goes; a door, barbed wire, a cart in which to load the wounded; the design, costuming and drawings are simply imagined and expressively brought to life by Rae Smith. So many of the creative folks must be thanked as well: Paule Constable for stunning lighting design; Christopher Shutt, sound design; Toby Sedgwick, director of movement and horse movement and the supremely talented cast of puppeteers and actors that total approximately 38.

The actual history shows that during World War I more than a million British horses were a part of the wartime effort and only 65,000 survived.

Steven Spielberg’s movie of “War Horse” will be in theatres by year’s end featuring real horses. It’s difficult to believe they will engender more sympathy and out-cries than the puppets on stage.

With the high demand for tickets, the limited run is now open-ended.  Run don’t walk to see this spectacular production.  www.lct.org 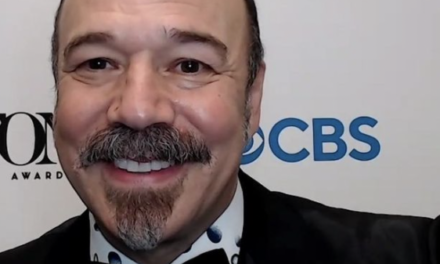 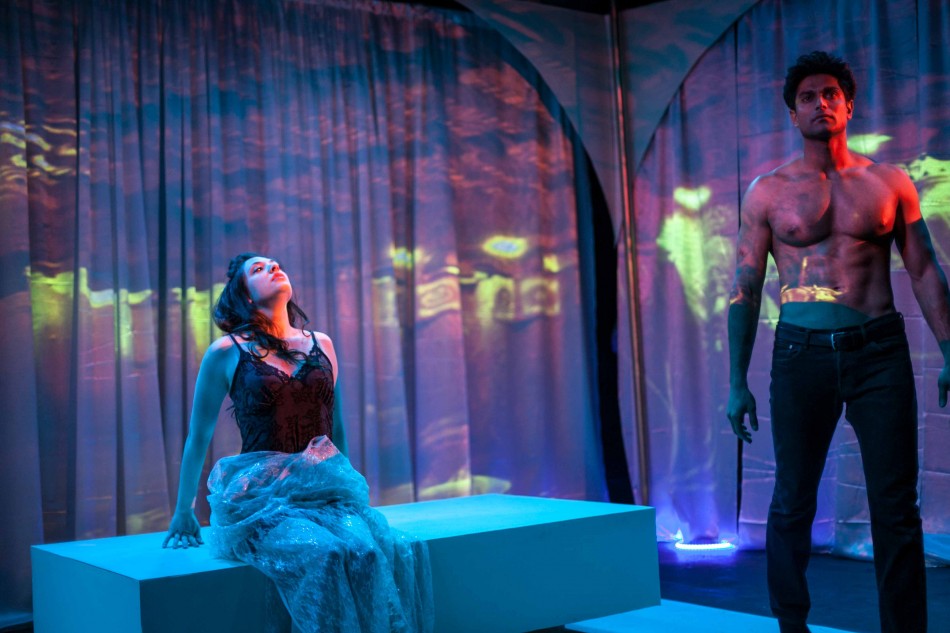 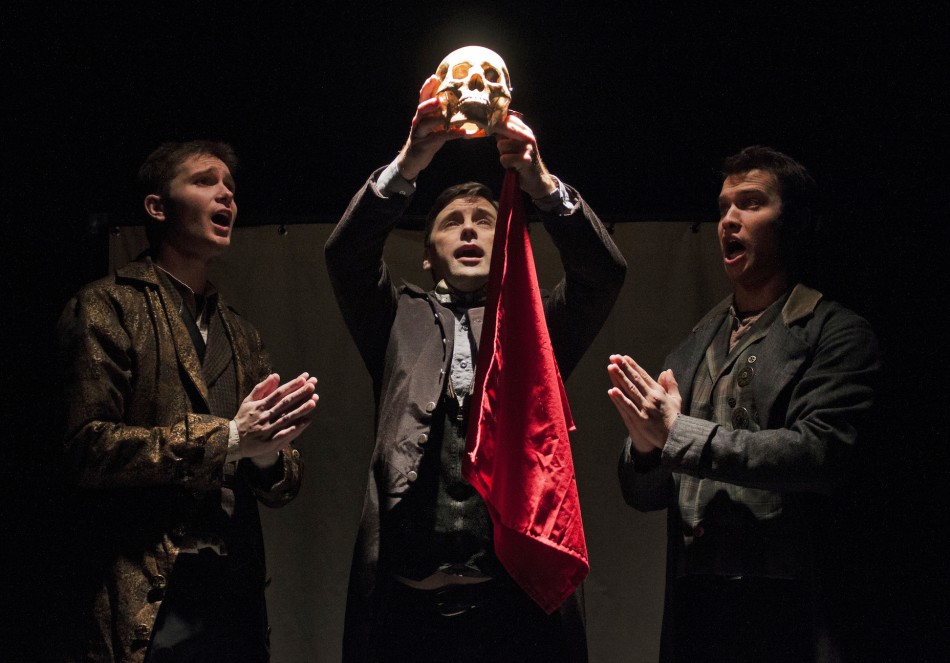