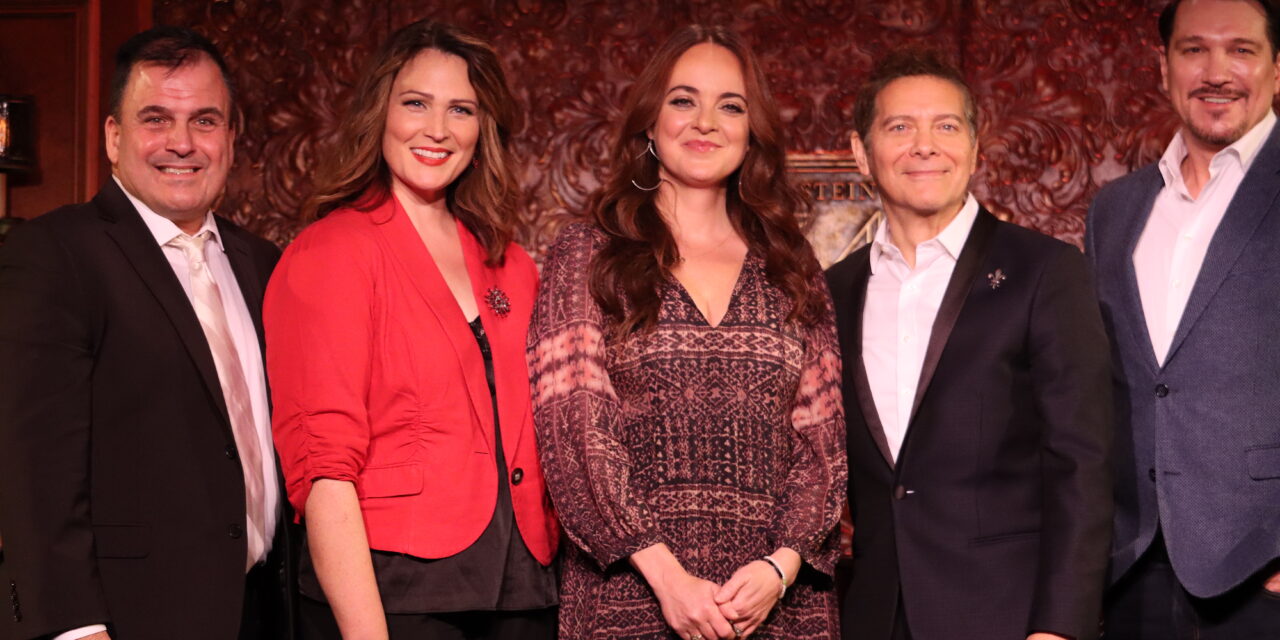 Feinstein’s/54 Below held its first meet and greet/interviews with incoming talent in nearly 2 years! It was wonderful being back to what we were used to monthly . . . meeting and talking with performers who are set to grace the stage at New York’s supper club.

On November 24, 26 & 27 at 7pm and Nov. 25 at 8 pm PAULO SZOT (Tony Award, Drama Desk & Outer Critics Circle & Theatre World Awards) returns with many of the songs that endear him to his loving audiences.

LISA HOWARD (Broadway’s ‘Tammy’ in Escape to Margaritaville, The 25th Annual Putnam County Spelling Bee, It Shoulda Been You . . .) appears on December 12 at 7 pm in What Christmas Means to Me.

MICHAEL FEINSTEIN – Ambassador of the Great American Songbook, and five Grammy Award nominations, will perform Get Happy: Michael Feinstein Celebrates the Judy Garland Centennial on December 15 thru 19 at 7 pm, December 22-24 at 7 pm, December 25 at 8 pm and December 26 at 7 pm