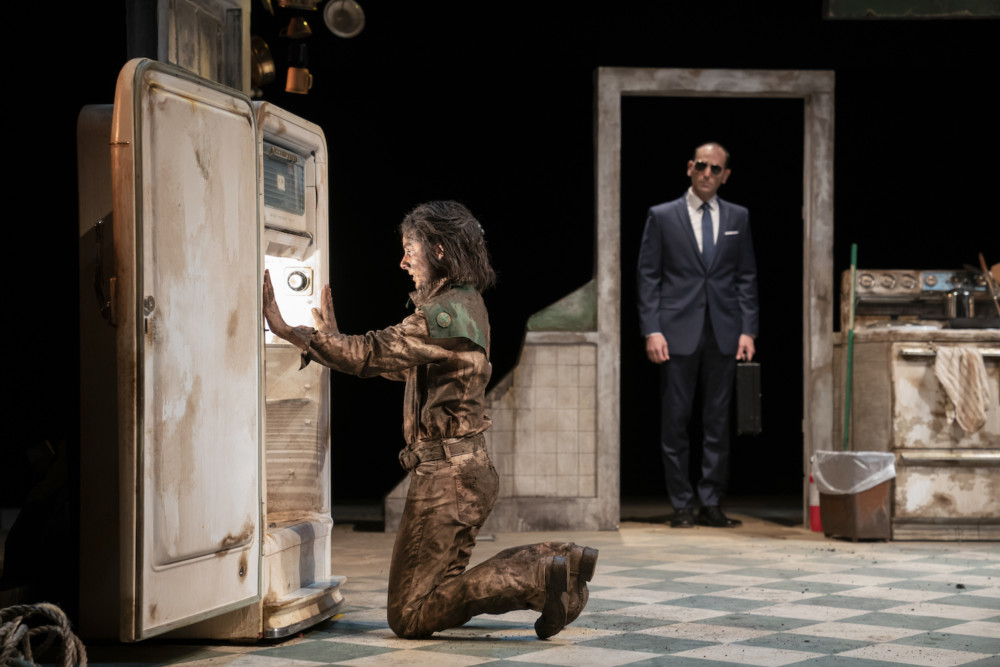 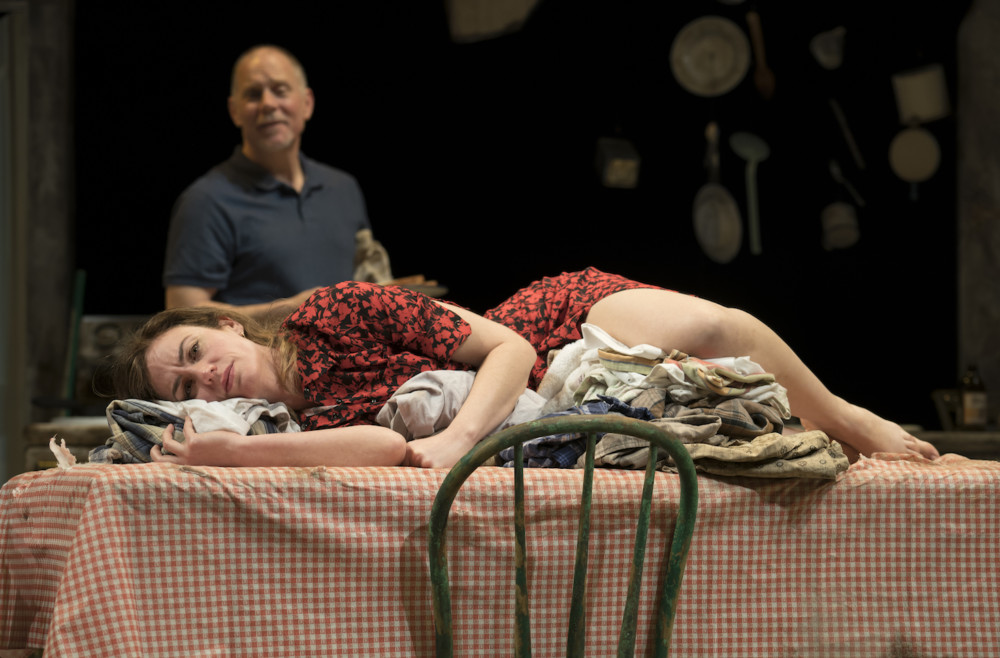 As the preeminent American playwright of the late-20th century, Sam Shepard drew on life experiences to create his best plays, works of realism that portrayed contemporary, hardscrabble, rural and dysfunctional working-class Americans. Though the plays in his Family Trilogy, as this grouping of late 1970s works came to be known, are still celebrated and regularly produced today, they are becoming progressively harder to relate to: the brand and identity of American portrayed in these plays has almost ceased to exist. In the recent Broadway production of the classic True West, the two brothers at the center of the action—portrayed by Paul Dano and Ethan Hawke—come off as outsized, sitcom-esque characters, rather than the tragic figures they were meant to be.

And now, in the new production of Curse of the Starving Class—directed by Steppenwolf veteran Terry Kinney (who worked closely with Shepard during his lifetime)—a similar problem has arisen: we cannot, in our present cultural landscape, recognize the personalities we see on stage. They look like, sound like, dress like and listen to the same music as people we know or knew, but they and their problems scarcely exist any longer and are unrecognizable in a current context. The profile of the American working poor are people consumed with video games, drug addiction, and celebrity culture; and as such, they are homebound and emotionally absent. Consequently, the play feels like a museum exhibit that’s not yet ready for public viewing, as there hasn’t been enough time for it to age into historical maturity. 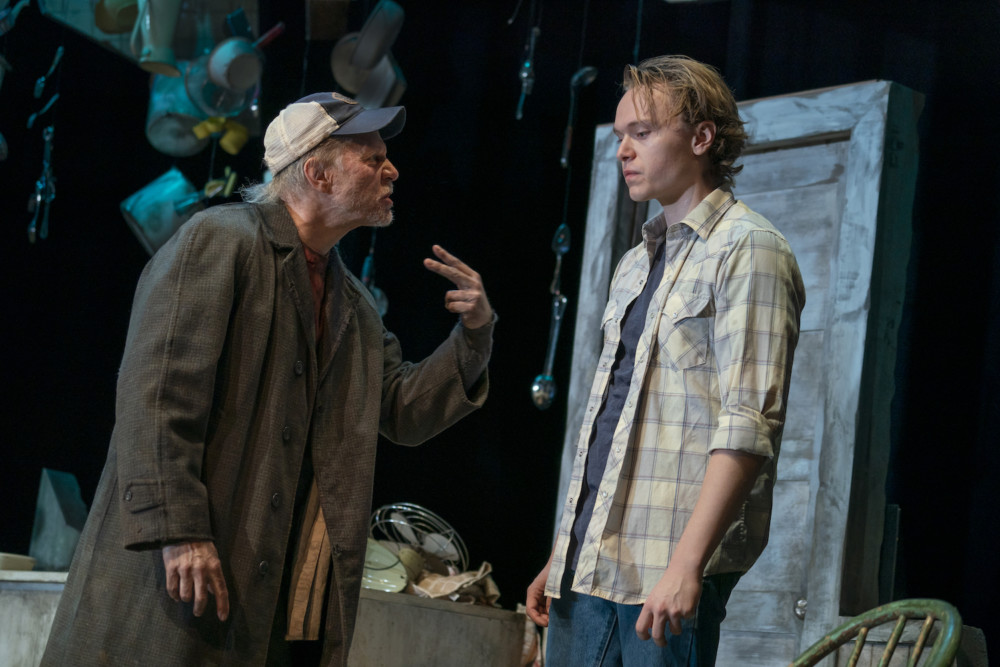 Curse of the Starving Class is the story of a ranch family on the edge of destruction. How do we know? Because at the play’s open the set (Julian Crouch’s scenic design almost upstages the entire production) literally breaks apart. Walls fissure, leaving dishes hanging in the air almost in thoughtful, slo-mo suspension. But, the shattering is really happening inside the people who live in the crumbling house, and far more dramatically than a few cracked walls can demonstrate. Shepard borrows from his own life experiences to paint a tableau of an alcoholic father, a terrified and enraged mother, and warring siblings. Weston (David Warshofsky), the father, has seemingly begun the destruction by drunkenly destroying the front door as the play opens. However, we soon begin to see the demolition is on-going on several fronts.

The mother, Ella (Maggie Siff), has made arrangements with a shifty, and perhaps untrustworthy lawyer named Taylor (Andrew Rothenberg) to sell the house—or more specifically the development-ripe property on which it sits, for the house itself is worthless—right from under the nose of Weston, with plans for taking the money and moving to Europe. Problem is, Weston is scheming along the exact same lines. Meanwhile, adolescent daughter Emma (Lizzy Declement) is coping, alone and ill-informed, with the arrival of her first period; and teenaged son Wesley (Gilles Geary) is attempting to manage the farm, repair the broken front door and behave as if life could possibly go on normally in the household despite his checked-out mother, and regularly-on-bender father. 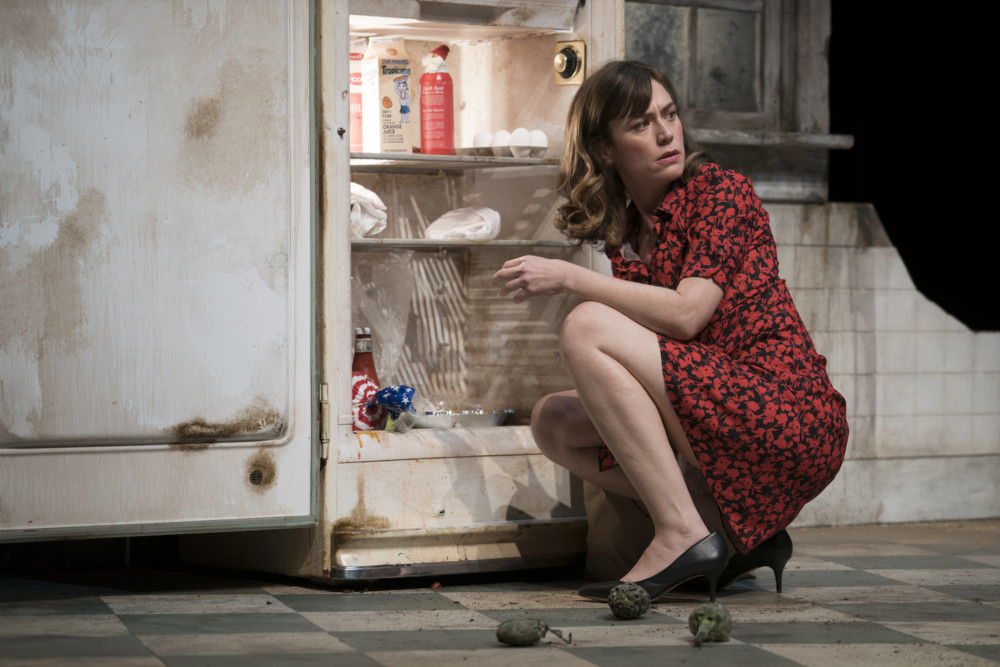 On paper, Curse of the Starving Class is an intense ballet of family conflict and dysfunction in its most distressing and pathetic form. But somehow, like so many of the other Shepard productions in the past decade (apart from Hawke’s ably-directed 2011 production of A Lie of the Mind), there is a lack of relatable pathos.  Characters don’t come to life in any sympathetic fashion. Instead, conflicts come off as scene after scene of excessively loud yelling and banging. Wesley lacks motivation and Emma is not believable in any way but feels like an over-juiced actor performing in a short skit. When Wesley urinates on her school project, this powerful expression of disdain and disgust comes off as merely puzzling. Even Taylor’s plan to purchase the house from Ella is confusing because rather than painting Ella as deluded, it’s completely understandable that he’d desire her, considering Maggie Siff’s beauty and charm.

It should be noted that elements of Kinney’s production are powerful and add bona fides to the story, from the live lamb (courtesy of animal wrangler William Berloni) to actual bacon cooking on the stove early in the play. But little else can be done to bring the anguish of the Tate family to life in any relatable way. Perhaps now is no longer the time to produce Shepard plays, and perhaps years from now a new light will shine on these exceptional works and they can be appreciated through a prism of lost time and history.

Curse of the Starving Class. Through June 2 on The Irene Diamond Stage at The Pershing Square Signature Center (480 West 42ndStreet between Ninth and Tenth Avenues). Two hours, 30 minutes, one intermission. www.signaturetheatre.org 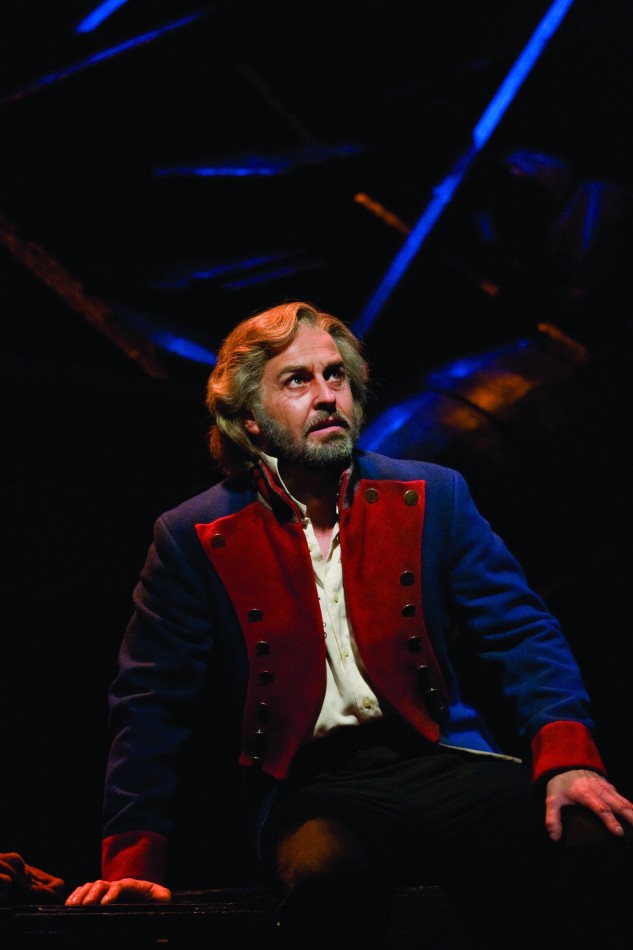 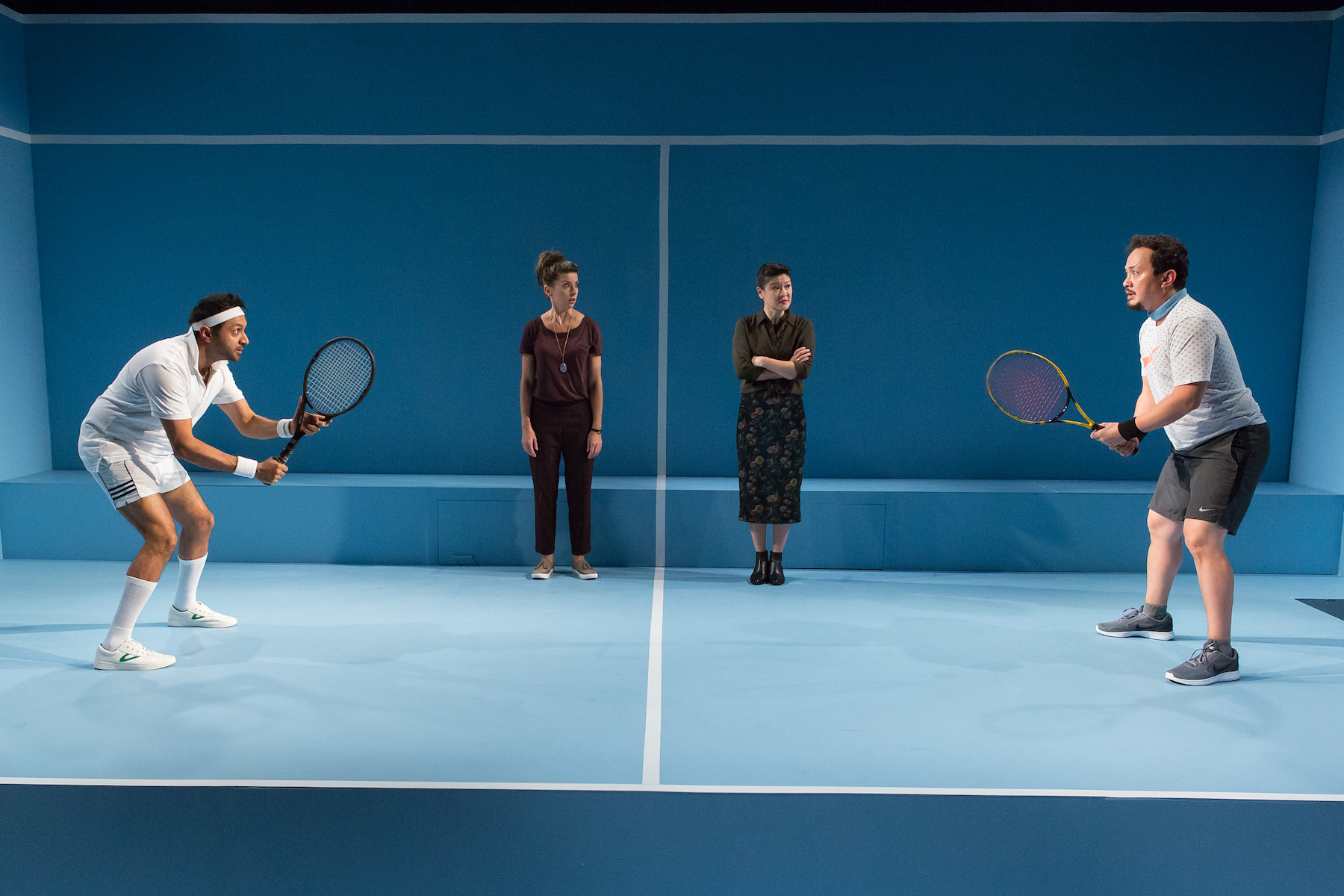 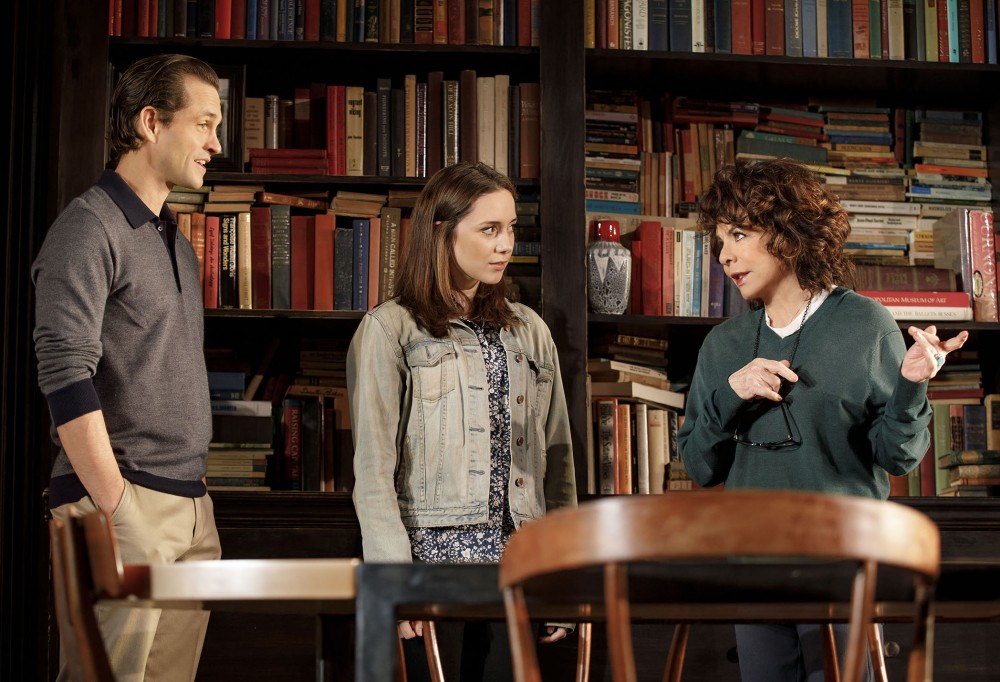