Daniel Moses Barker (1909-1994) is introduced by host Dr. Michael White as having been a guitar and banjo player, songwriter, singer, raconteur, author and one of the greatest influences on the development and legacy of New Orleans music. The multifaceted musician began in a street band, toured, then relocated to New York City where he switched from banjo to guitar. (NPR’s Gwen Thompkins writes that the banjo was stolen.) His uncle, jazz drummer Paul Barbarin, introduced him around.

In 1965, the musician moved back to New Orleans. Concerned that indigenous jazz was considered out of date, he established and led a church-sponsored brass band for young people—the Fairview Baptist Church Band—where five of the veteran musicians on stage tonight (as well as Wynton and Branford Marsalis) got their start. Barker also lectured and became assistant curator of The New Orleans Jazz Museum. The career he considered a noble calling spanned 70 years. “He made us believe in the music.” Wynton Marsalis 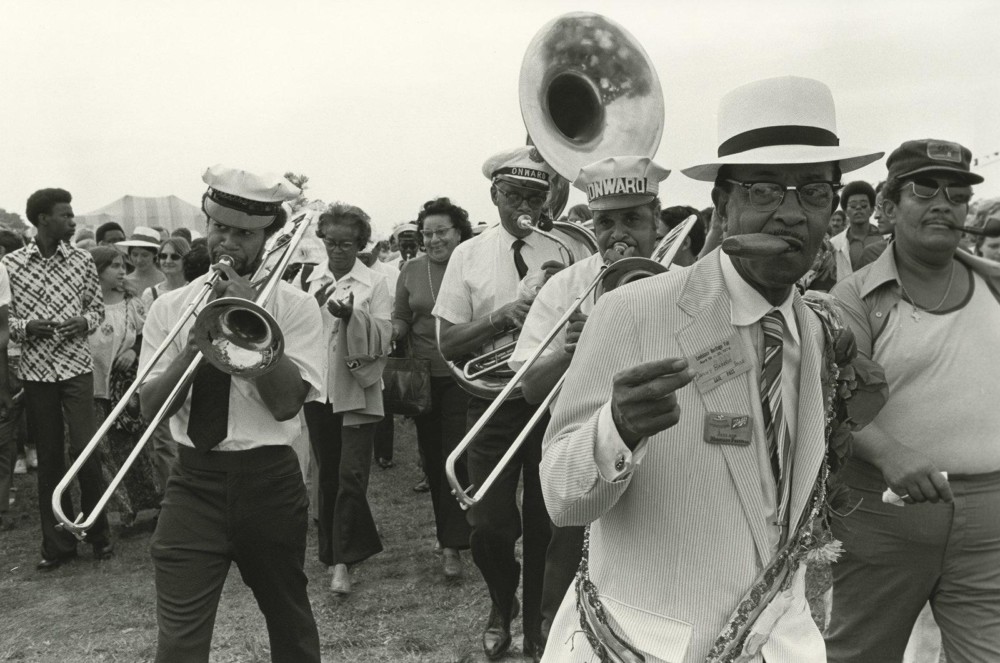 It’s a privilege to be in this audience. Authenticity, finesse, masterful skill and warm camaraderie makes the evening as memorable as they come. Most of these men are not spring chickens, yet to a man, nimble hands and breath control exceeds imagination. The music’s in their blood, attitude intrinsic. Joining them is vocalist Catherine Russell whom I’ve repeatedly praised in these and other pages for the same qualities. White’s intermittent history is eloquent and illuminating.

Nat King Cole, the first black artist to have his music played on white jukeboxes, surprised Barker in 1953 by recording his “Save the Bones for Henry Jones” cause he don’t eat no meat.” Stafford’s vocal sashays with the songwriter’s original comic asides. Arrangement swings like a hammock. Next comes “St. James Infirmary” which Stafford performed with The Jazz Hounds, a group he inherited from Barker. It likewise arrives replete with wry comments and descriptions. 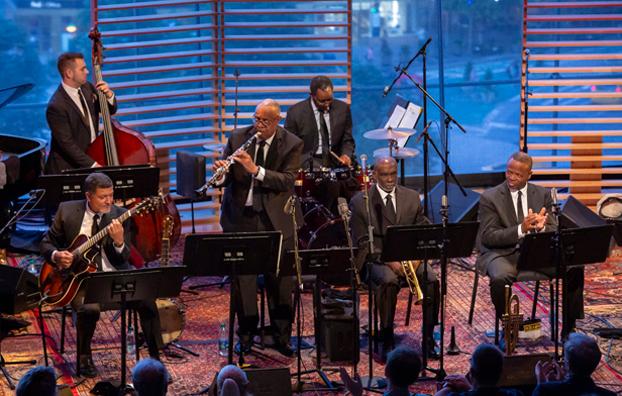 “Two of the greatest Crescent City drummers alive today,” introduces Shannon Powell and Herlin Riley on percussion/tambourine and vocal. We chair dance and clap, puppets to enthusiastic rhythm. Watching these gentlemen gleefully bounce off one another is grand.

Catherine Russell offers Billie Holiday’s “Fine and Mellow” swaying on her feet, vocal low key and sure. Jeffrey Miller’s trombone sound shimmies through a mute. The sassy “A Little Girl From Jacksonville” is part of Blue Lu Barker’s repertoire …Here’s a little girl from Jacksonville/Let’s see what she can do/She can do the Applejack (Oh no, she can’t- the band calls out) Oh yes, she can! Russell counters. Each city yields a girl with talent for dances like Camel Walk and Ring Dang Doo. The performer moves with brio.

“Don’t You Feel My Leg”…Cause if you feel my leg/You’ll want to feel my thigh/Don’t you feel my thigh, you’ll wanna move up high…Russell sings with equal heat and disdain. (The song’s original title was “Don’t You Make Me High.”) I can think of no other vocalist who creates such a sense of being there then. It’s clear this admiring band agrees. The song was banned from radio air for being too raunchy, but is far less specific White points out, then two others by Barker: “I Feel Like Laying in Another Woman’s Husband’s Arms” and “Stick It Where You Stuck It Last Night.” 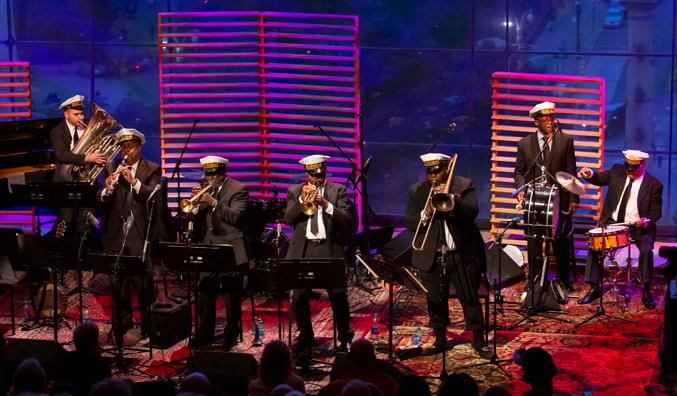 The Band in Fairview Hats

We hear brass band jazz, not, apparently, an oxymoron, and an example of the two pronounced parts of a New Orleans funeral march: “Flee As a Bird,” a slow dirge to the cemetery, then the upbeat “Didn’t He Ramble?” signifying joyous meeting with the Creator. Themes bubble up and retreat.

The concert ends with an infectious “The Whoopin’ Blues.” Band members wear Fairview Hats in tribute. We collectively rise. Danny Barker would’ve loved it. One can only hope these musicians will be brought together again in New York.