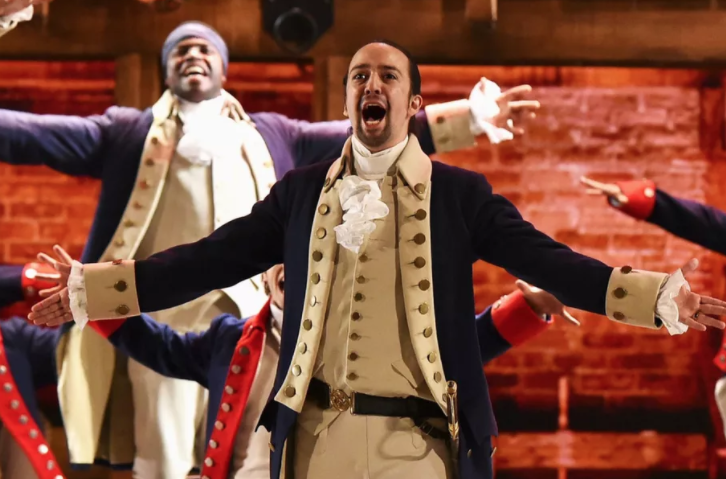 So much has been written about Hamilton, Lin Manuel Miranda’s marvel of a musical that has taken our country – and the world – by storm.  We’ve read the gamut of reviews and commentary – featuring ecstatic raves ever since it opened in 2015, praising Miranda’s brilliant concept, his mesmerizing music (an amazing hybrid of hip hop, rap, pop, swing, plus a touch of Gilbert & Sullivan), his eloquent lyrics, Alex Lacamore’s exciting orchestrations, Thomas Kail’s inspired direction, Andy Blankenbuehler’s elegant choreography, and, most notably, the bold casting of 20 of the 21 roles with actors of color.

We’ve also read recent measured criticism on some historical points in the script.  Even with the latter, though, there seems to be no slackening in the amazing energy generated by this unique musical work about the founding of our nation – a work that has captured the hearts of a new generation.

And now, with the open-ended airing of the taped Broadway production on Disney+, it has already reached more audiences on its first night (July 3) than its entire five-year run to date (at the Public Theater, then on Broadway and in other cities). 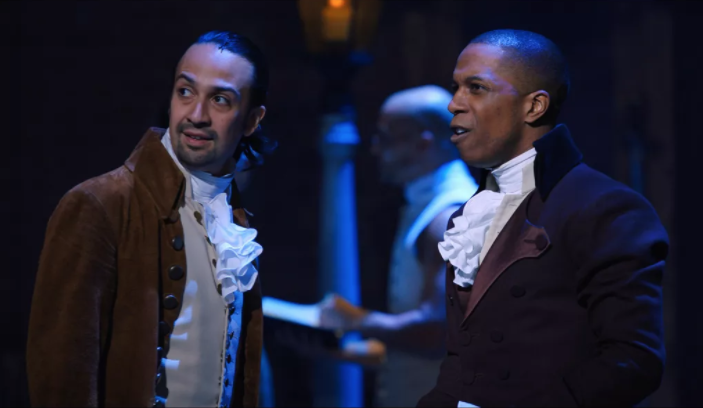 So what more can be said of Hamilton?  How can we measure the impact of this cultural phenomenon that is causing our spirits to “rise up” (as the lyrics go) during these difficult times?  What changes is it bringing about?  What promise does it hold for future change?

For me, the most eloquent insights into Hamilton is an artistic life-force coming from its creators and cast members, who have been deeply committed since its formative days of development.  “It’s the story of America then told by America now,” explains Miranda, in an interview with the cast this month called ‘Hamilton in Depth.’  “If this had been cast with all white people, wouldn’t you think I messed up?”  “How do we give a story access to people who have been kept from it for so many years?” explains Kail, referring to the casting choices.  “Four men of color, singing about friendship and brotherhood – the image of that WAS the revolution,” says Leslie Odom Jr. (who plays the role of Aaron Burr).   “By putting brown people at the center of the story means ‘we built this, too!’” exclaims Daveed Diggs (playing the roles of Lafayette and Thomas Jefferson). 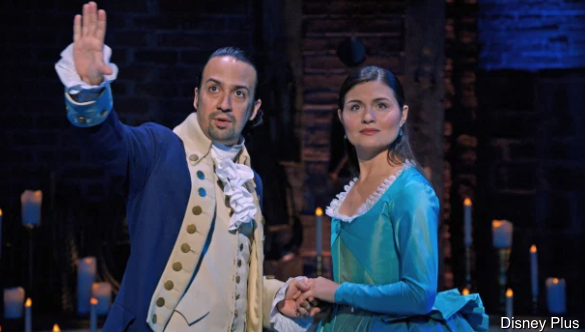 As for recent criticism regarding the script’s lack of focus on slavery in that period (evidently Hamilton was at one point somewhat involved with slave-trading), Miranda responds by explaining his source of inspiration. “Hamilton was the proto-immigrant amongst the Founders, “ says Lin-Manuel Miranda, whose own father came from Puerto Rico.  “That’s how I found my way into the story.”  At the same time, Manuel readily acknowledges what he calls “the original sin of slavery” in America.  “The past will never be gone from us,” he acknowledges.  “Ever.  Ever.  Ever.  The conversations about systemic racism in our society have been with us since our founding.”  Leslie Odom Jr. agrees:  “The first step is being honest how we got here.  We gotta talk about racism.”  “We’re looking at our imperfections in the face,” agrees Philippa Soo (playing the role of Eliza, Hamilton’s wife).  “We’re part of something greater than ourselves.”

That sense of being “part of something greater than ourselves” is what continues to inspire Hamilton’s growing, adoring audiences – especially the younger members (like my grandchildren and yours, who know every word of the score by heart).   The positive energy that Hamilton continues to generate is a wellspring of hope in these troubled times.  Says Miranda: “It’s a story of flawed people creating a flawed country, with ideals that have fallen short these past 200 years that are still worth fighting for.”

And indeed we are fighting for these ideals, on our stages (once they reopen), on our screens, and in our streets today.  In a recent photo of a Black Lives Matter march, there’s a sign held high, quoting a line from the Hamilton lyrics:  “History has its eyes on you.” 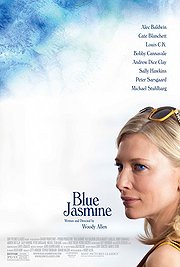 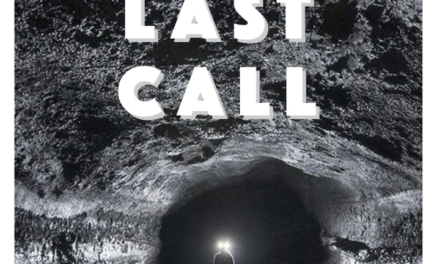