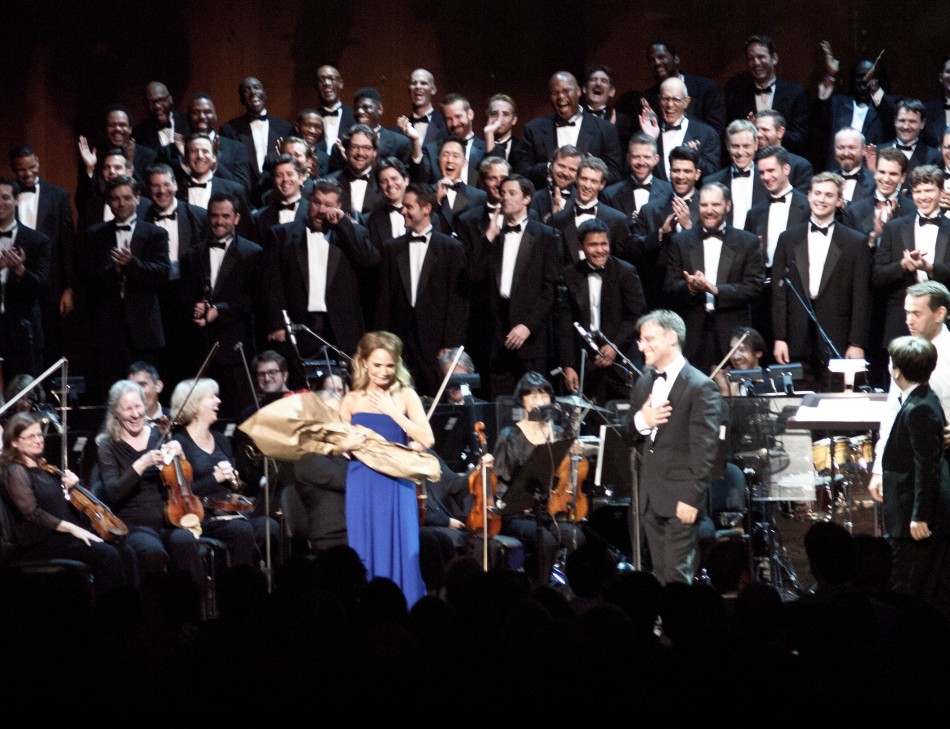 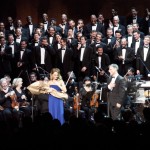 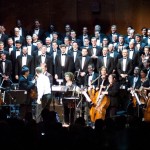 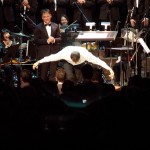 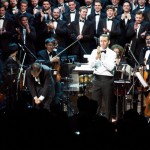 Even if it hadn’t triumphed artistically, the New York premiere of Andrew Lippa’s oratorio “I Am Harvey Milk” would have been a theatrical night to remember, thanks to the sheer star power in the audience (including James Lapine, Kathy Najimy, Tovah Feldshuh, Kate Baldwin, and Stephen Schwartz to name just a few) as well as those on the stage of Avery Fisher Hall, including the evening’s host, Whoopi Goldberg, introductory speaker Cleve Jones (Milk’s dearest friend), the fantastic Orchestra of St. Luke’s, and co-star Kristin Chenoweth. 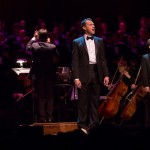 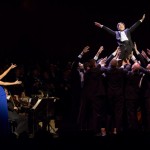 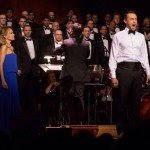 But this who’s who pales in comparison to the sheer vocal and emotional power of this 60-minute choral work, inspired by the life of the late gay San Francisco politician and activist, who was cruelly assassinated in November 1978. After a brief prelude by the young Harvey (the remarkable Noah Marlowe) and the grown Harvey (Lippa, in superb voice) set in 1942, we move to 1978 where we’re introduced to the fatal bullet that killed Milk — voiced by a brilliant 125-member chorus of Broadway stars — which repeatedly reminds us that a “bullet has no intention.”

The remainder of the work jumps back and forth through that same year, sometimes exulting in Milk’s personal happiness (the divinely disco-influenced “Friday Night at the Castro”) and professional victories (the stirring “Lavender Pen”), and other times reminding us of Milk’s struggle to be accepted as a homosexual man in a predominantly heterosexual society (the painful “Sticks and Stones”).

Chenoweth appears only three times in the piece, but she makes an indelible impression with her sterling soprano and superb acting skills in her first number “Was I Wrong?” in which she seems to appear as a stand-in for all the mothers who wished their sons weren’t gay. And leading the entire cast in the piece’s penultimate number, “Leap,” Chenoweth is absolutely transcendent, preaching a maxim of living life to the fullest and letting one’s heart lead one’s head.

Still, nothing compares to the show’s finale, in which director Noah Himmelstein pulls out all the visual and vocal stops for the unforgettable “Tired of the Silence” (some of which is taken from Milk’s actual speech from the June 1978 Gay Freedom Day Parade) during which Harvey and the Chorus repeatedly urge all who are listening to “Come Out. Come Out. Come Out.” over and over.

On a day (perhaps not coincidentally) when the U.S. Supreme Court furthered the cause of gay marriage in the U.S., it was a message not only to be heard, but one that should remind everyone in the celebrity-studded audience both how far we’ve come in the past 36 years — and how far we still have to go before everyone is as comfortable in their own skin as Milk was the day he was shot.