I Spy, I Spy – A Melting Pot Run Amuck 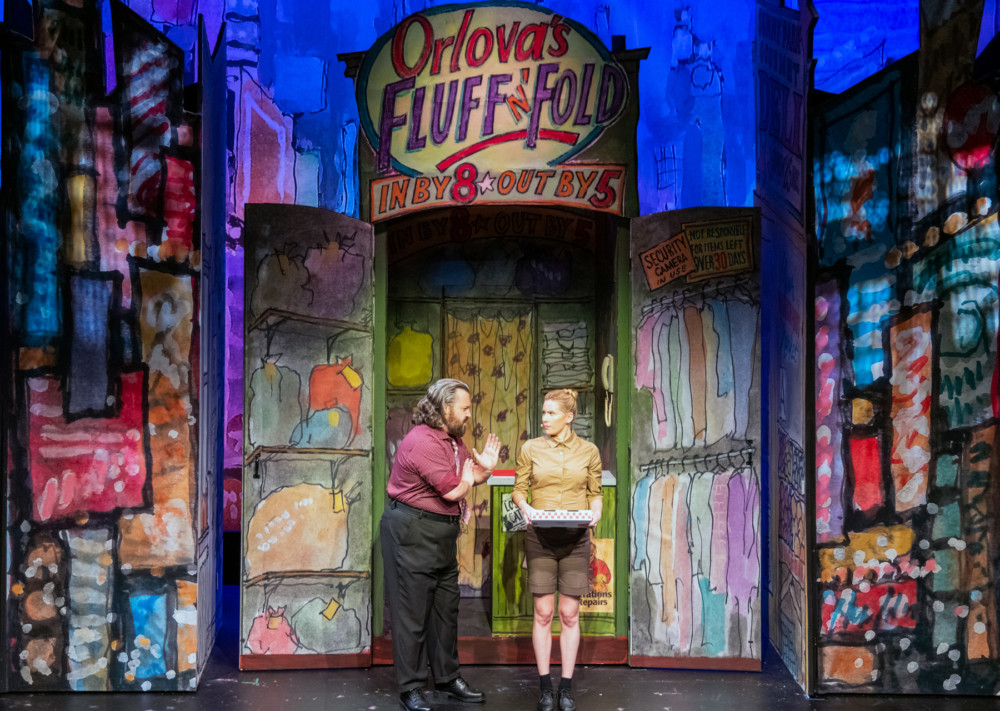 Waiting for this new musical comedy, with book and lyrics by Jamie Jackson and book and music by SoHee Youn, to begin, the chatter amongst some of my nearby seatmates brought up the 1960’s TV Series I Spy and whether what we were about to see had anything to do with those tennis bums (Robert Culp and Bill Cosby) who traipsed worldwide playing tennis matches with wealthy opponents, in exchange for food and lodging, but were really Pentagon operatives.

Well, no, not at all! But this novelty 12 person cast of caricatures (who assume several different roles) at Theatre at St. Clements does include Russians and spies, the American Dream, and commentaries on the political state of things, and so much more going on right here in Hell’s Kitchen and, yes, there are love stories too.

It’s a dizzy zany conception that has illegal Mexican delivery guy Jose Rodriguez – played by Andrew Mayer – adamant on finding his American Dream to “be someone.” His interactions with the local multi cultural business people (in their well designed storybook kiosks, thanks to James Morgan’s sets) include some laugh out loud signage especially noteworthy on the Pakistani Abdul’s Pizzeria (Sorab Wadia) who offers fusion food like “Gefilte Fish Kebobs” not far away from Sunny Park’s Korean Deli (Hazel Ann Raymundo), sandwiching in Orlova’s Fluff n’ Fold laundry. Ah ha! But don’t be fooled, there’s hanky panky going on at the Fluff n’ Fold where daddy –otherwise known as Cold Borscht (Bruce Warren) and his lovely daughter Alina (Emma Degerstedt) – incognito as a UPS Home Delivery Specialist – are conjuring up how to steal the Mayor’s briefcase that would expose his illegit dealings and pass along some sensitive information to the Russians, delivered in pizza boxes no less. But these Russian spies don’t appear to be the brightest light bulbs in the business as you will come to see.

Abdul and Sunny are at each other, spy glasses in hand, ready to turn the other in at a moment’s notice singing about how “This City’s Gone to Hell” while Jose laments his predicament in “You Will See Me” which worsens when Prisciliana Espinoza (Nicole Paloma Sarro) demands $5K payment for smuggling him and family members into the country.

Jose, always the optimist, thinks he’s found the way to pay her off by entering the ‘New Face of New York’ competition that would yield him a $10K payoff. But, as things turn out, that backfires in an unexpected direction as he becomes more and more enamored with Alina. 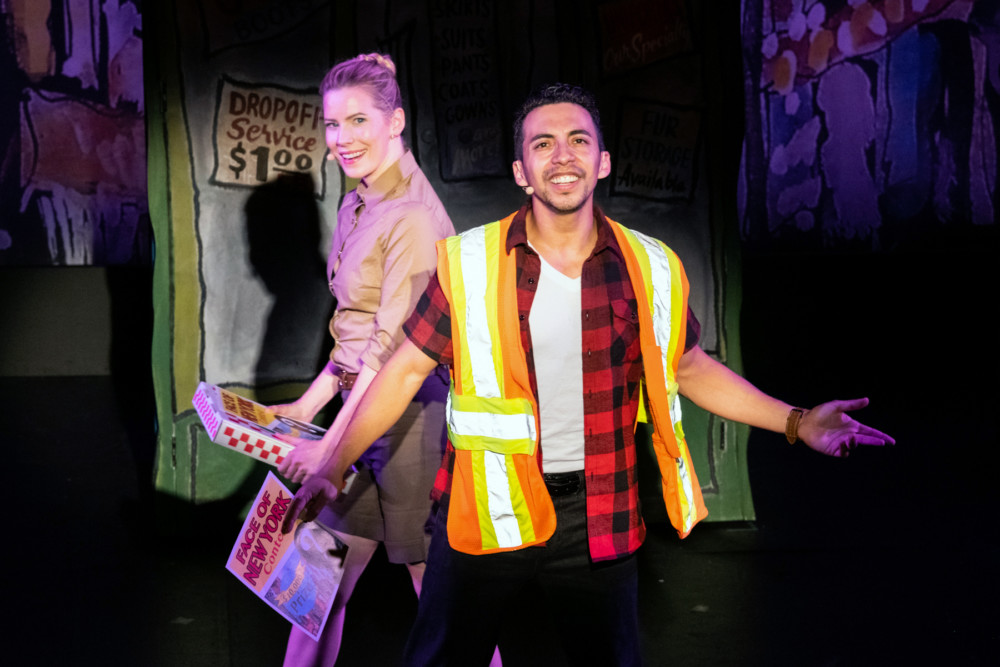 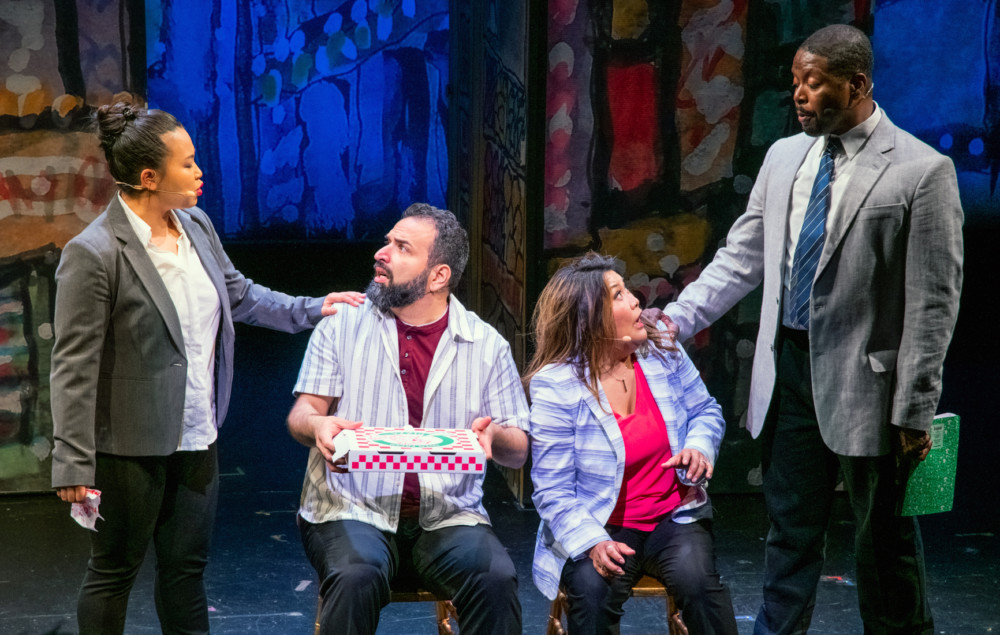 Meantime, Espinoza, a piece of work with a myriad of her own rackets and money-making schemes, manipulates Jose and Alina in the humorous “Fresh Meat” and “Natural Assets” numbers. They lie, they spy, and all the while love blooms between Abdul and Sunny while Jose finally makes his inroad with Alina but it’s not without a lot of pain and suffering, and singing.

Homeland Security gets into the loop, arrests are made and the Russians are coming and going in their effort to take down America.

It’s a wacky world of spies everywhere. Who can you trust nowadays anyway? Maybe Bill Castellino the director-choreographer who performs his usual magic. 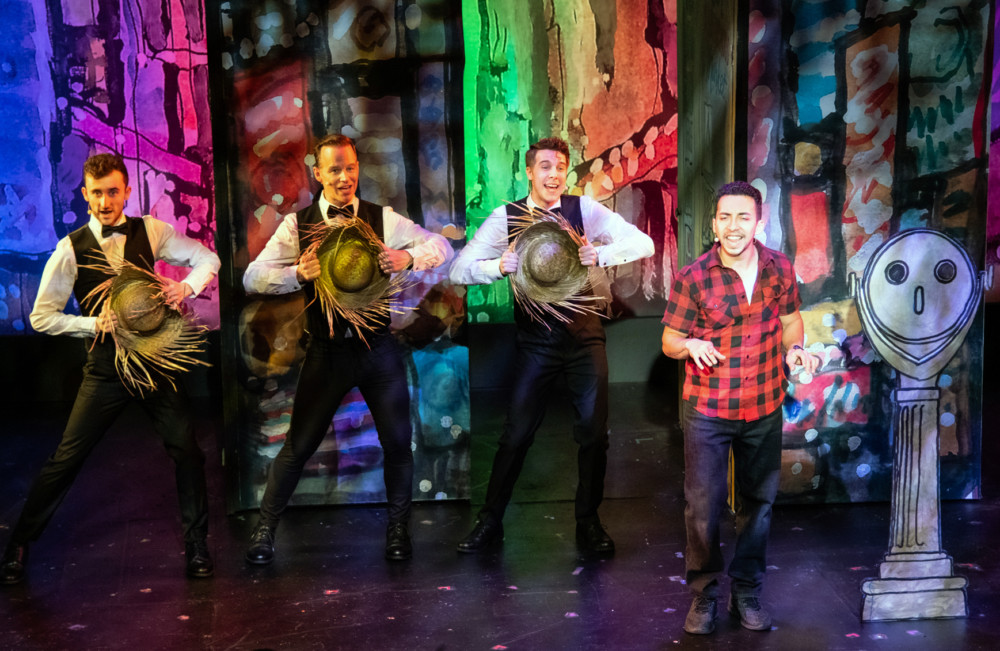 Lyrics tell the stories in lengthy songs, and things occasionally slow down to a halt when dialogue that doesn’t always work gets in the way. Perhaps a little slicing and dicing might be in order. It’s silly fun and you’ll get some laughs and messages along the way with some nice dance interludes. 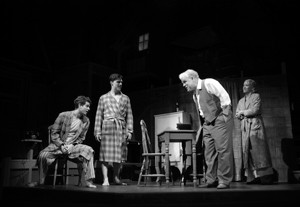 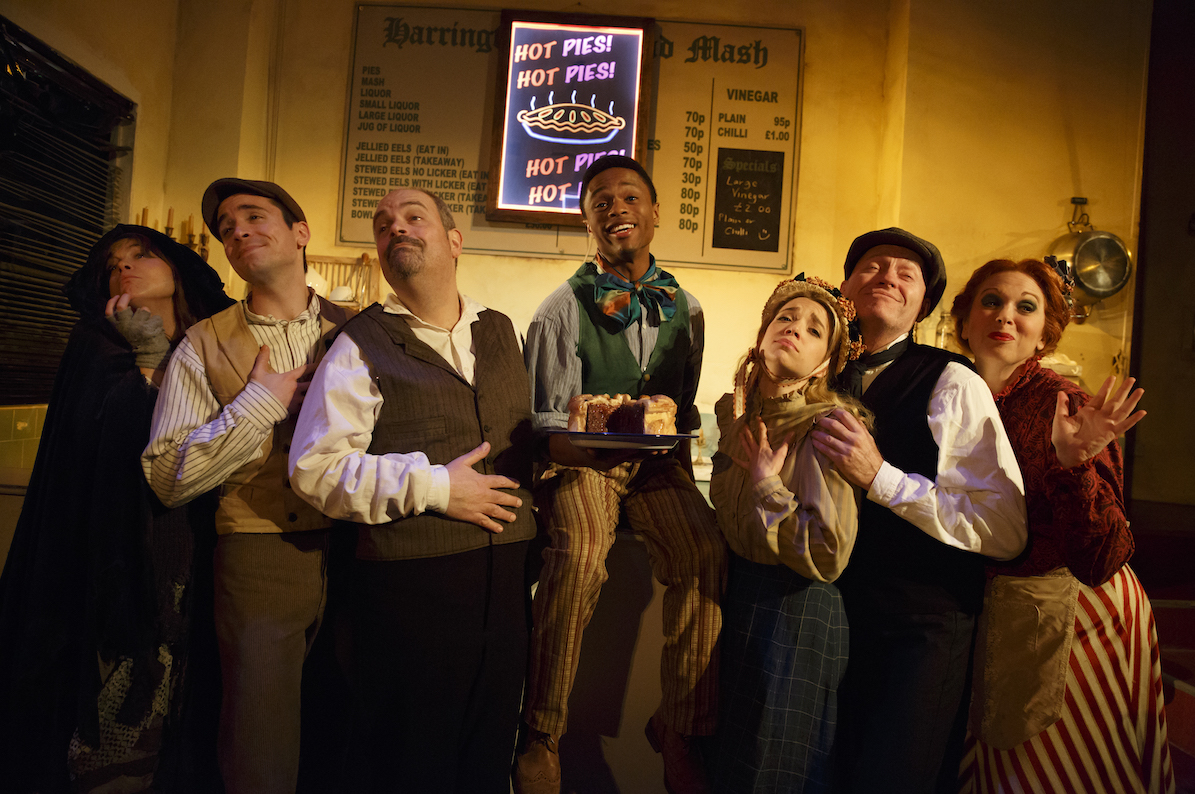