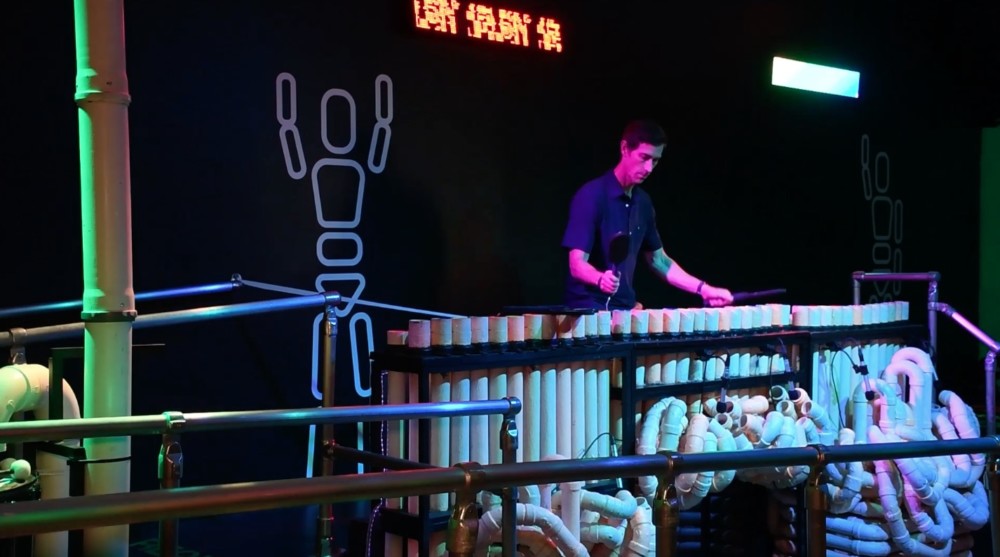 Theater Pizzazz’ Shoshana Medney had the time of her life on July 16 at an early unprecedented preview of the first-ever Blue Man Group interactive exhibition featuring one of the iconic show’s percussive instruments, its ‘xylophone-like’ pvc pipes at the Museum of the City of New York (1220 Fifth Ave. at 104 St.) on display July 19-September 2. She not only saw a demonstration but had the fun of making her own kind of music banging on those PVC pipes!

PLEASE NOTE:  the Museum of the City of New York exhibition marks the FIRST TIME ever that the public will have direct access to interact with the celebrated pipes. 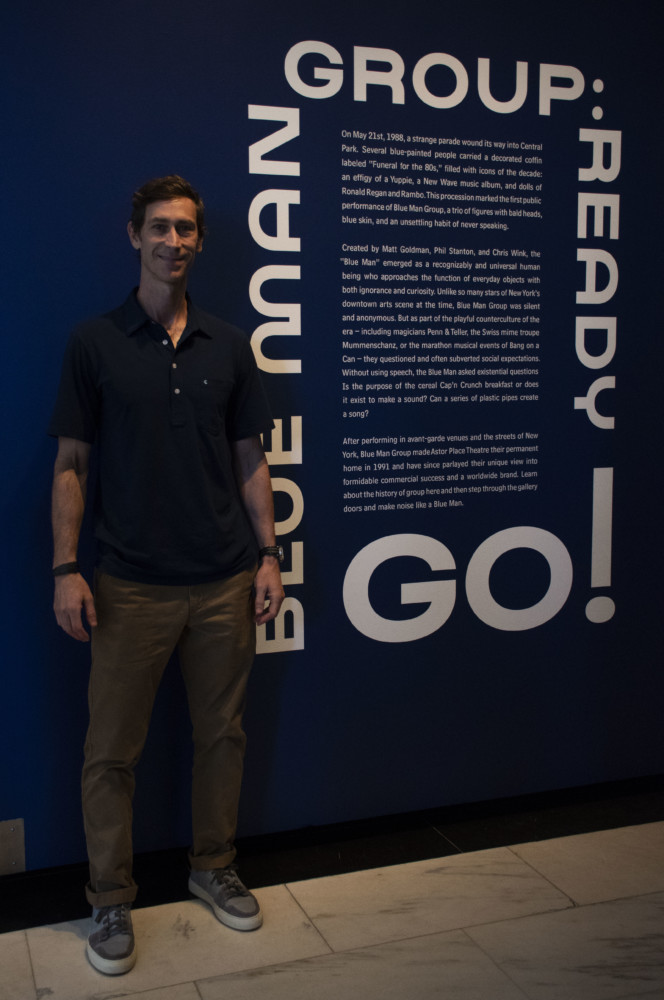 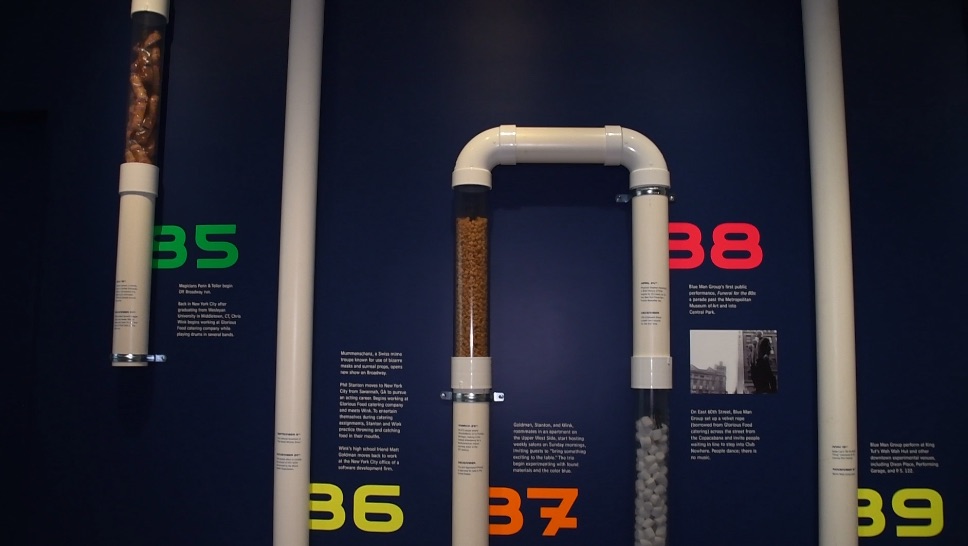 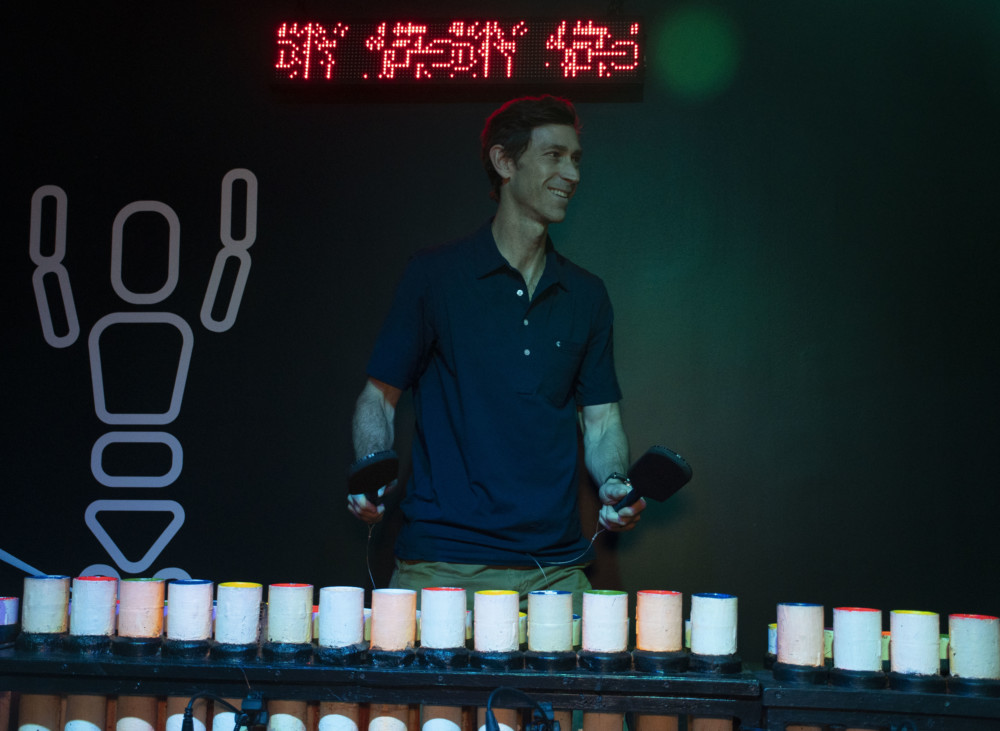 Blue Man Group has been part of the fabric of New York since 1988 when the trio of bald, blue performers became an overnight sensation, and are now recognized worldwide for their ingenious performances. 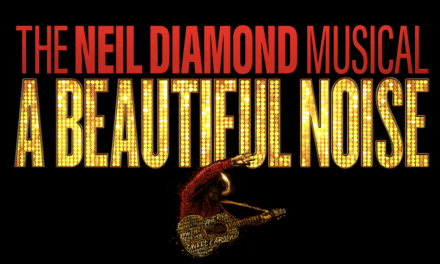 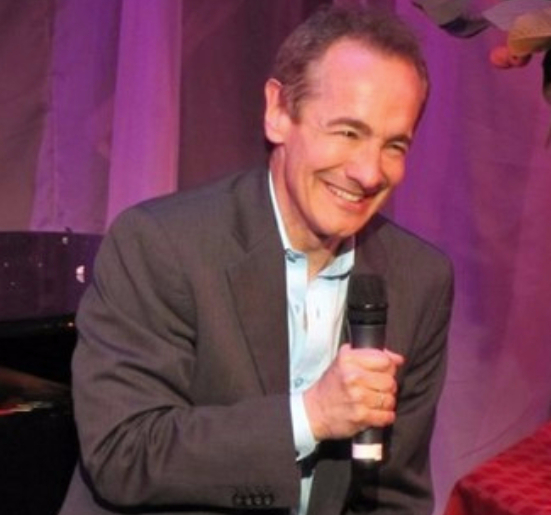 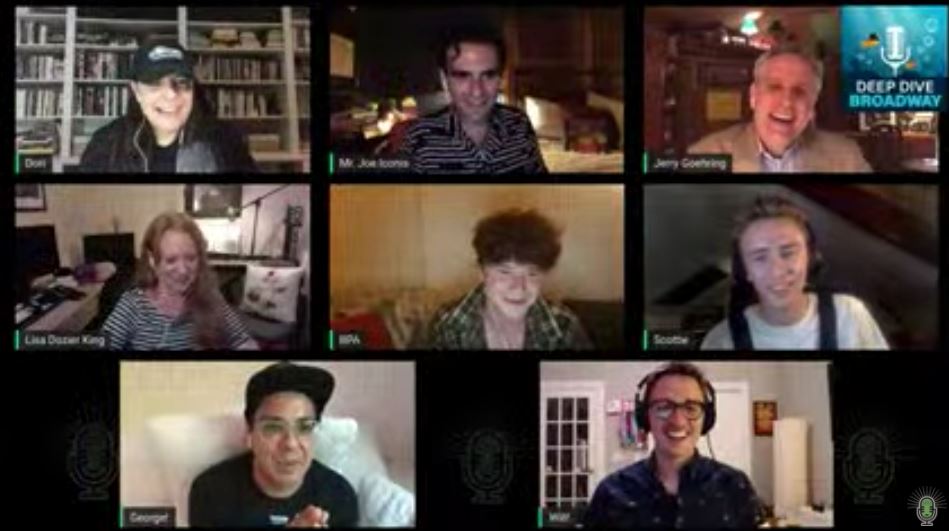 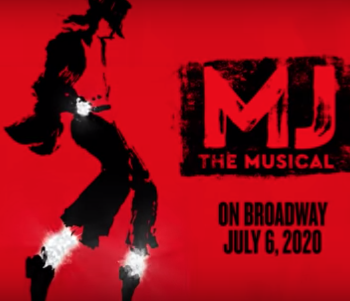