Jennifer Simard: Can I Get Your Number? 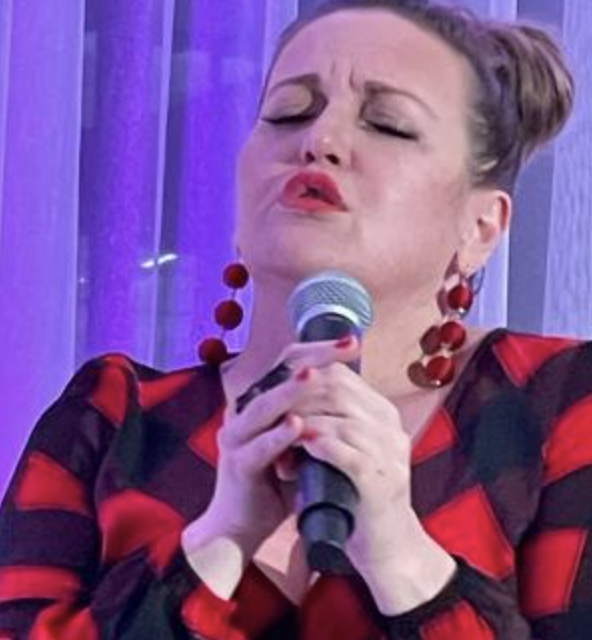 By her own admission, Jennifer Simard has made a consistent living in the New York theater by playing “second banana” to a lot of top-shelf stars, often stealing scenes – if not entire shows – from such megastars as Patti LuPone, Bette Midler and Bernadette Peters. The result has been two Tony Award nominations and a legion of devoted fans.

While she’s usually employed for her peerless – and fearless — comic chops, Simard is nonetheless equally capable of digging deep and finding emotional truth in a ballad. In fact, she boasts both a killer soprano and an earth-shattering belt, along with the ability to make one laugh or cry, sometimes in the same song.

So after seeing all of her extraordinary gifts on display in her dazzling cabaret act, “Can I Get Your Number?,” which played to jam-packed houses on January 20 and January 21 at 54 Below, one can only hope some savvy producer is finding – or better yet, creating — a production that puts this gloriously gifted performer front and center.

Loosely structured as a tribute to her favorite co-stars and friends — who also include Donna Murphy, Sutton Foster, Betty Buckley and Rebecca Luker – the show allowed Simard (accompanied only by the great pianist Steve Marzullo) to sing songs she did as a child (yes, she performed John Lennon and Paul McCartney’s “Yesterday” when she was 7 years old!) as well as numbers she’s rarely if ever performed in public (including Jacques Brel’s haunting “Sons Of” and Henry Kreiger and Tom Eyen’s “One Night Only.”)

Indeed, it was the kind of well-chosen set that makes it hard to choose highlights, but here are a few of my favorites: A full-throttle rendition of Stephen Sondheim’s “Broadway Baby,” with the first part sung as a perfect imitation of Peters’ girlish delivery; a gloriously heartfelt take on Andrew Lloyd Webber’s vocally difficult “Unexpected Song” and a sublime version of Alan Menken and Howard Ashman’s satiric “Somewhere That’s Green” (from Little Shop of Horrors) that even rivals Ellen Greene’s original.

Having heard it on Broadway, during Simard’s brief stint playing Joanne in the recent revival of Company, Sondheim’s “The Ladies Who Lunch” proved once again to be a triumph: sardonic, self-loathing and shattering. She also turned Michael Devon’s devastatingly funny “Hurt Someone’s Feeling Today” – which Simard claimed is how she survived the pandemic – into an instant cabaret standard.

And, best of all, Simard unveiled the audition song that led to her New York career, Cy Coleman, Betty Comden and Adolph Green’s hilarious “Never” (from On the Twentieth Century) – first performed on Broadway by her idol, Madeline Kahn. To say she does this brilliant diva-licious lament (complete with those very high soprano notes) full justice is an understatement. It was the ride of a lifetime!