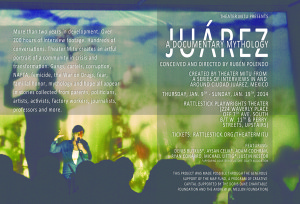 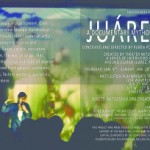 A story of almost unremitting darkness given life by an agile, dedicated cast.

Theater Mitu’s Juárez – A Documentary Mythology follows the template laid out more than a decade ago by Moisés Kaufman’s The Laramie Project:  focus on a dramatic subject matter; interview a wide spectrum of people who observed or were participants; and then edit and shape the comments into a cohesive show.  The Mitu creative team has taken on the recent tumultuous history of the border town Ciudad Juárez, Mexico just across the Rio Grande from El Paso, Texas.  What was formerly a calm, productive, tightly knit community closely aligned with its American neighbor became, after NAFTA devastated the local industries, not just a major mover of illicit drugs but the murder capital of the world.  How this city devolved is meticulously documented in Juárez at the Rattlestick Playwrights Theater in Greenwich Village.

The show is bookended by home movies of Rubén Polendo’s middle class family in Juárez, showing his three sisters, his mom and dad enjoying the good life as pillars of their community, members of the Lion’s Club, believing they had a future in their beloved hometown.  Polendo’s loving commentary and calm observations put the extraordinarily violent tale of a city drowning in graft and blood in ironic relief.

On a stage cluttered with lamps, music stands and chairs and using very few theatrical lighting instruments, but much electronic technology, the cast of six manages to convey the words of scores of Juárez locals.  They wear earpieces and peer at computer screens as they speak. Often the words are projected onto the very makeshift screens.   Unfortunately, the clear plastic, wrinkled sheets look like cheap shower curtains.   Images cast onto them are muddied, distorted if not out rightly invisible.

The show is divided into four parts with titles like “Memory” and “Violence,” although the parade of memory and violence permeates each section.   The observations of ordinary people like librarians, teachers and businessmen along with projected headlines convey all the ugliness which included femicides, snuff films, bodies tossed into ditches, graft on an epic scale and general debauchery which turned Juárez into a cesspool.  Shadow puppets, voice altering technology which allowed males to enact female characters (and vice versa) and sound effects were employed with varying degrees of effectiveness.

The major problem with the show is that it becomes an unremitting litany of disgusting crimes which soon are numbingly repetitive.  Only tiny rays of sunshine hinting at a better future for Juárez give the breath of life to the show.

The actors are all good-looking, agile and well-spoken and do their best to bring some degree of variation to communication of this dreary tale.  The actors, efficiently directed by Mr. Polendo are:  Denis Butkus, Aysan Celik, Adam Cochran, Ryan Conarro, Michael Littig and Justin Nestor. 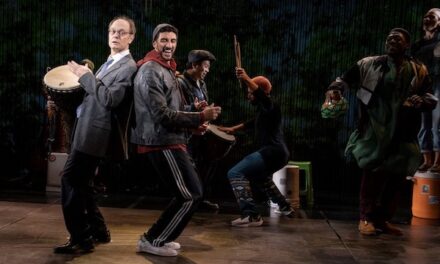 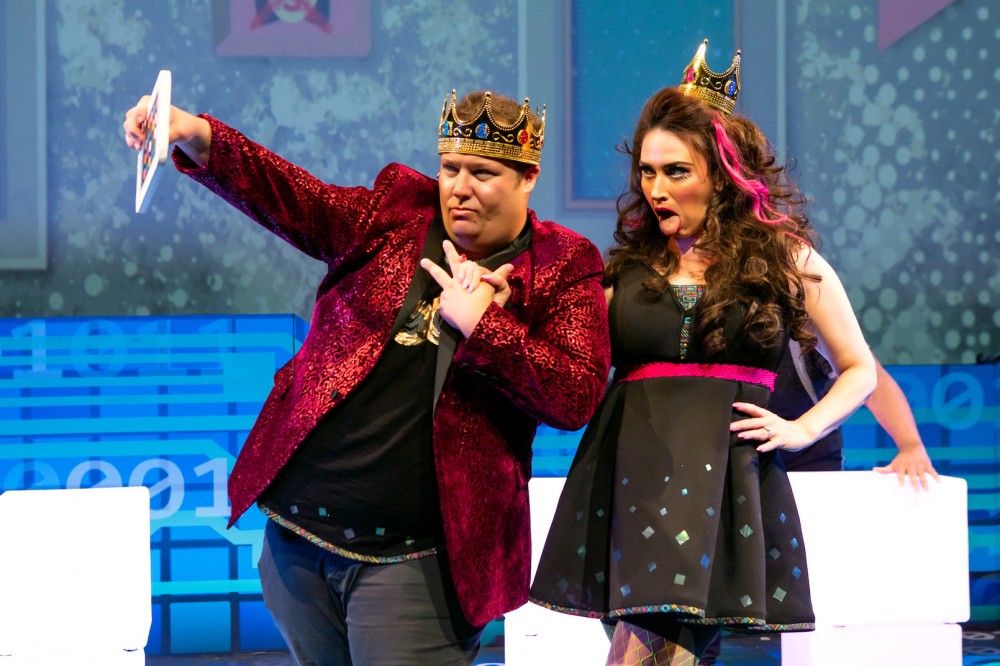 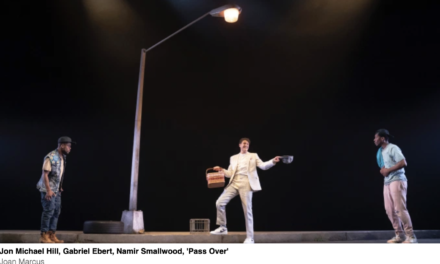