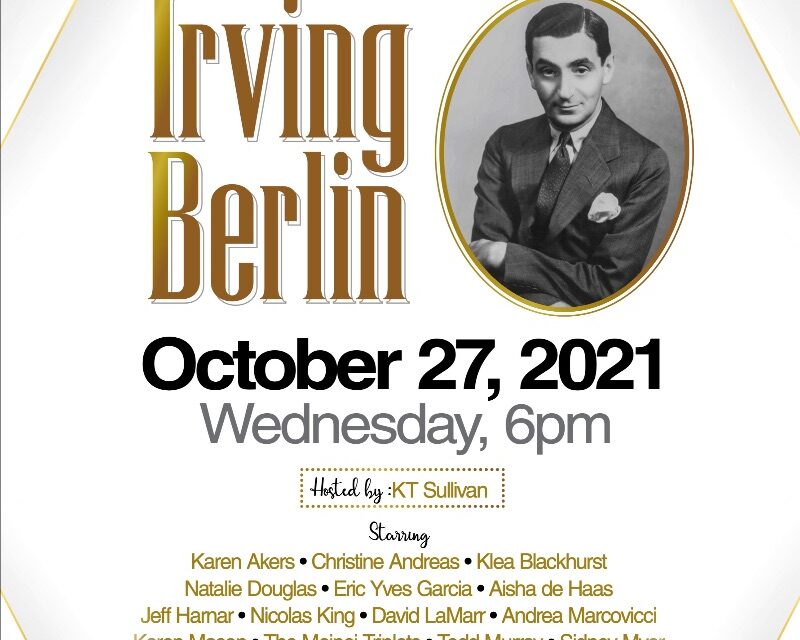 Anais Reno (Lovesome Thing) sings Ellington-Strayhorn with The Emmet Cohen Trio with the release of her debut album October 28 at 8:30 pm at Birdland on West 44th Street

Broadway and Smash triple threat Megan Hilty sparkles in her Feinstein’s/54 Below debut with an eclectic setlist of Broadway hits to country classics. thru November 7th. Tickets HERE.

The limited engagement of Cheek to Cheek! Irving Berlin in Hollywood begins performances Wednesday, November 24, 2021 and will continue through Sunday afternoon, January 2, 2022 at The Theatre at St. Jean’s (150 East 76th Street, between Lexington and Third Avenues). Opening Night is Thursday, December 2, 2021 at 7:00PM. www.yorktheatre.org

The Raymond F. Kravis Center for the Performing Arts is bringing jazz singer and pianist Diana Krall to West Palm Beach on Monday, April 25, 2022 at 8 pm. Diana Krall is a GRAMMY® Award winning and multi-platinum jazz singer embarking on a 34-city US tour. She is the only jazz singer to have eight albums debut at the top of the Billboard Jazz Albums chart. To date, her albums have garnered two GRAMMY® Awards, ten Juno® Awards and have earned nine Gold, three Platinum, and seven multi-Platinum albums. Tickets on sale now at kravis.org/krall; or by phone at 561.832.7469 or 800.572.8471