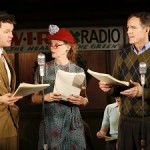 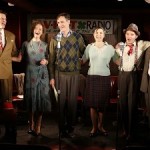 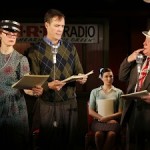 The holidays seemed to have snuck up on us this year, and with Thanksgiving so close to Christmas you may just feel the urge to skip the caroling and yuletide festivities all together. If you are in need of holiday cheer, do not miss It’s A Wonderful Life: The 1946 Live Radio Play currently playing at the Irish Repertory Theatre.

It’s the same story you grew up with but this quirky adaptation by Anthony Palermo presents it as an old live broadcast of a 1940’s radio drama. As you walk into the intimate theater space, the stage is beautifully transformed into the golden age of American radio, with vintage microphones, a sound booth, and two light boxes facing toward the audience, reading “On Air” and “Applause.”

The first actor, charming Rory Duffy, enters and starts filling an over-sized bowl with cornflakes, he then proceeds to pick up a pair of prop boots and starts to mimic walking on the cereal. He listens intently to the crunching noise, and gives an approving nod just as the audience gets in on the joke: he’s the sound effects guy! He continues the check of all the sound gear, the crash box, the slapstick, bells, doors, rustling paper etc. everything needed to tell the story via the radio waves. The world of 1946 comes to life as the other actors arrive at the radio station, settle in, and get prepared for the live broadcast.

The houselights stay up until after the announcement from our host (Ian Holcomb) proclaiming proper radio etiquette: no talking during the live broadcast, applaud when the “Applause” sign lights up, and turn off any noise-making devices that would not be in existence in 1946. The lights fade, the sign “On Air” lights up, and the audience is whisked away into a world of radio magic.

The production is delightful, an evening certain to bring any scrooge some Christmas cheer. The direction by Charlotte Moore is simple and effective. She lets the audience be a part of the action of the play, having actors come in and out from the house, use of the applause sign, and direct address. The stage is always brimming with life and energy as an actor gets tea or looks over a script but focus is never taken from the story.

The props and costumes (designed by David Toser) are perfect, all except a red plastic toy microphone that sticks out like a sore thumb in this nostalgic production.

The actors fearlessly all take on a myriad of roles and, of course, Howard McGillin plays the role of the legendary George Bailey. McGillin is a fine George Bailey; let’s face it, Jimmy Stewart is a hard act to follow. Ian Holcomb and Kristin Griffith have incredible timing and character creation for their marathon of ensemble roles.

The soundscape design and execution gave context, depth, and a bit of magic to the storytelling. Zachary Williamson’s live sound design enriched each scene of IT’S A WONDERFUL LIFE. Rory Duffy, the actor playing the sound effects engineer, brought the wonders of radio to the play by clinking glasses in the restaurant scenes, rustling papers and ringing phones in the office, and creating sounds for stomping off and slamming a door after a fight. Williamson gives us the window shatter when Mary and George throw pebbles at the old Granville house and the bell when Clarence finally gets his wings. 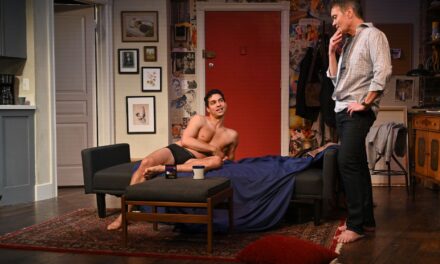 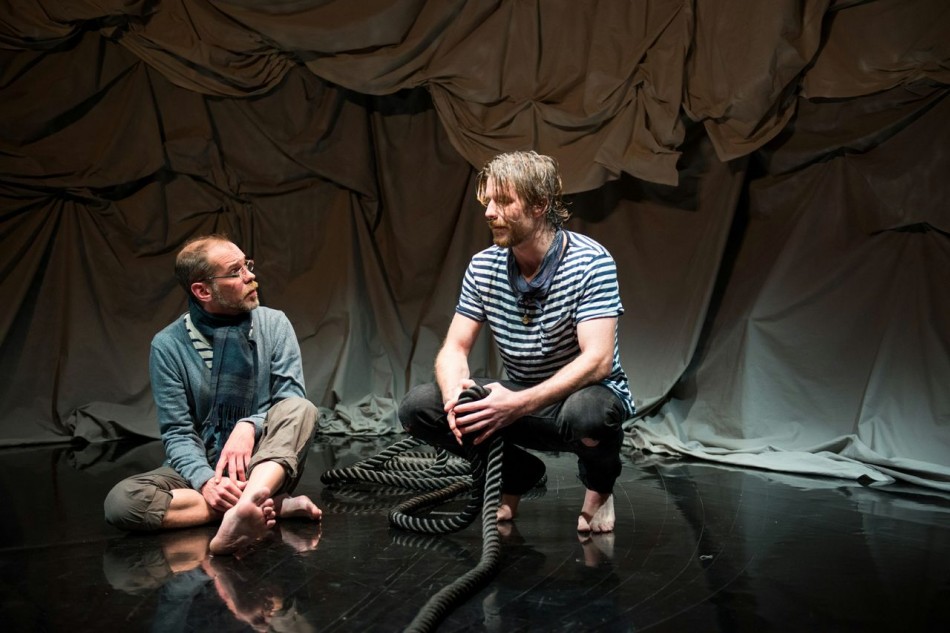 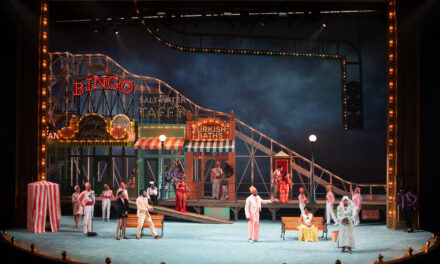