Opening Nite at Death of a Salesman 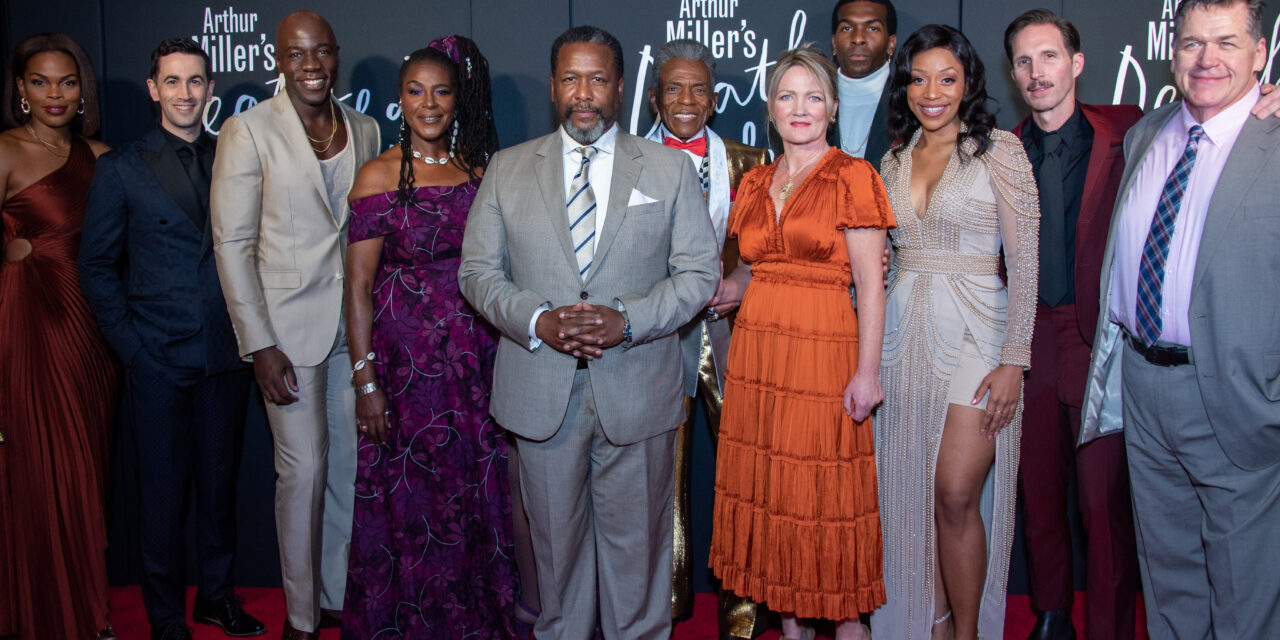 Arthur Miller’s Death of a Salesman starring Wendell Pierce, Sharon D Clarke, and André De Shields opened last night at the Hudson Theatre and Theater Pizzazz’ C.J. Reitman was on the scene at the Red Carpet to capture photos of the cast / creatives and celebs who attended.

A special and poignant moment came at the curtain call when Wendall Pierce paid tribute to his 97-year-old father, Amos Pierce, who was in the audience with other members of Pierce’s family from his hometown of New Orleans. Cheering Pierce and the cast was a star-studded audience including the playwright Arthur Miller’s daughter, filmmaker Rebecca Miller and granddaughter Kate Miller. VIDEO  HERE.

Following its critically acclaimed run at London’s Young Vic Theatre and on the West End, Arthur Miller’s Death of a Salesman is told –for the first time on Broadway – from the perspective of a Black family. This vibrant and timely production is directed by Miranda Cromwell, who co-directed the London production alongside Marianne Elliott. Together, they won the 2020 Olivier Award for Best Direction. The production is currently playing for a limited engagement at The Hudson Theater on Broadway (141 West 44 St. NYC) Run Time 3 hrs. 10 min. (one intermission) See Theater Pizzazz review here

Featured Image: Cast of Death Of a Salesman