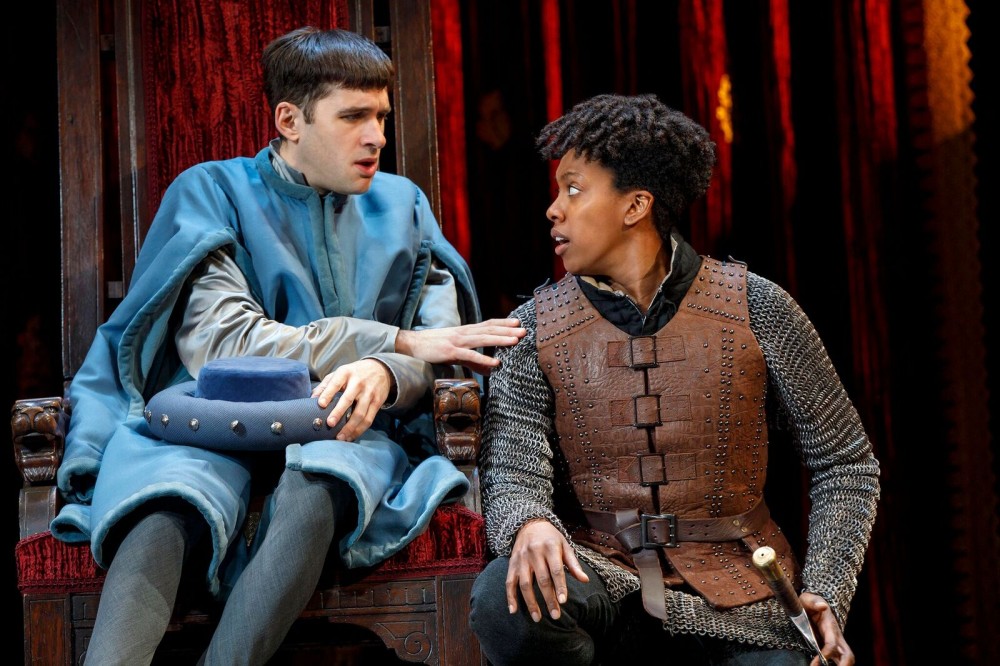 It’s been a season of strong women against great odds– from Albee’s aging matriarch in Three Tall Women to Medoff’s deaf protagonist in Children of a Lesser God  to desperate Yerma fighting sterility at the Park Armory.

And now we have a heroine taking on the entire British Army and the Catholic Church – at the age of seventeen.  She’s Joan of Arc, Shaw’s magnetic Maid, and as played by the charismatic Condola Rashad, she’s a leader you wouldn’t hesitate to follow into battle.

A self-proclaimed feminist, George Bernard Shaw is famous for his fearless female characters of all kinds, from Eliza Doolittle (a flower girl), to Mrs. Warren (a brothel manager) to Major Barbara (a Salvation Army officer).  So as you can imagine, when St. Joan was canonized by the Catholic Church in 1920, Shaw leapt at the opportunity to put her on the stage. He wrote Saint Joan in 1923, seven centuries after she was burned at the stake.  Yet his Maid is as vital a character as if she lived today.

This three-hour play spans three critical years in Joan’s life – from 1429 to 1431. Born into a peasant family in Domremy, she claims to hear the voices of St. Margaret and St. Catherine, telling her to support the Dauphin and lead the French armies against England in the One Hundred Years’ War.  Over a series of six scenes, we watch her win the battle at Orleans and crown the Dauphin as King Charles VII at Reims. But meanwhile Joan is gaining enemies as well as admirers.  “You are in love with religion, child!” warns the Bishop.  An unholy alliance develops between the English and the Catholic Church, both of whom see Joan as a threat.  Ultimately, Joan is captured by the Burgundian faction, and handed over to the English.   In the dramatic scene six, she is tried as a heretic and burned at the stake.

Director Daniel Sullivan has assembled a walloping cast of thirty on Scott Pask’s stately set (resembling a giant church organ with towering gilded pipes.)  As Joan, Rashad is irresistible, dazzling others with her confidence and determination (as well as humor), including the Dauphin (a petulant Adam Chanler-Berat) and Dunois of Orleans (a handsome Daniel Sunjata). As for her opponents (almost everyone else), Patrick Page is commanding as the deep-voiced Inquisitor, and Walter Bobbie makes a convincing Bishop of Beauvais.   Robert Stanton, John Glover and other veteran actors play multiple roles with virtuosity. But the dramatic pay-off of St. Joan is its unexpected (and marvelous) epilogue. Shaw suddenly jumps 25 years – it’s midnight in the King’s bedroom, and he’s awakened by the news that the Church has revisited the verdict and reversed Joan’s sentence of heresy. She’s pronounced innocent, and declared a martyr.  Sullivan has deftly staged this dream scene with its succession of night visitors who congregate in the King’s bed, including Joan herself, who ultimately appears. Then, lo – in a swift, Shavian stroke, a visitor from the future (1920) arrives to declare that Joan has been canonized as a Saint. But when she asks to be resurrected, all the characters steal away.  “If you could bring her back to life, they would burn her again in six months,” one explains, ruefully.

So once again, Shaw waves his theatrical wand and turns drama into satire. “It’s always you good men who do the big mischief,” we’re reminded, toward the end.

Still, it’s Joan’s farewell line that hangs in the air: “O God who made this beautiful Earth, when will it be ready to receive thy saints?  How long, O Lord, how long?” 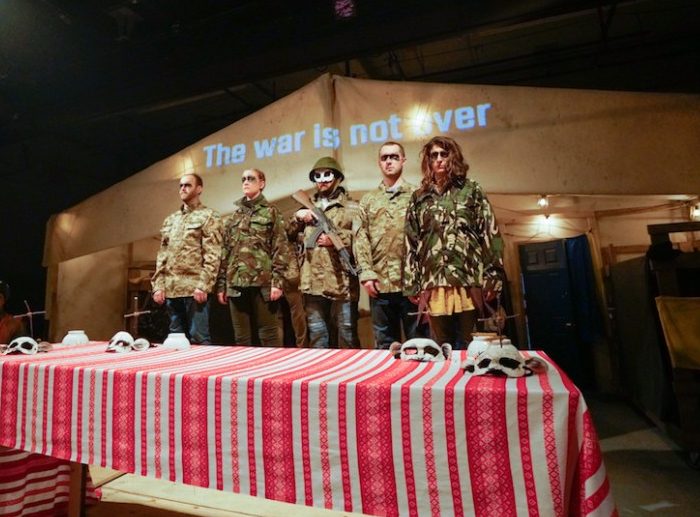 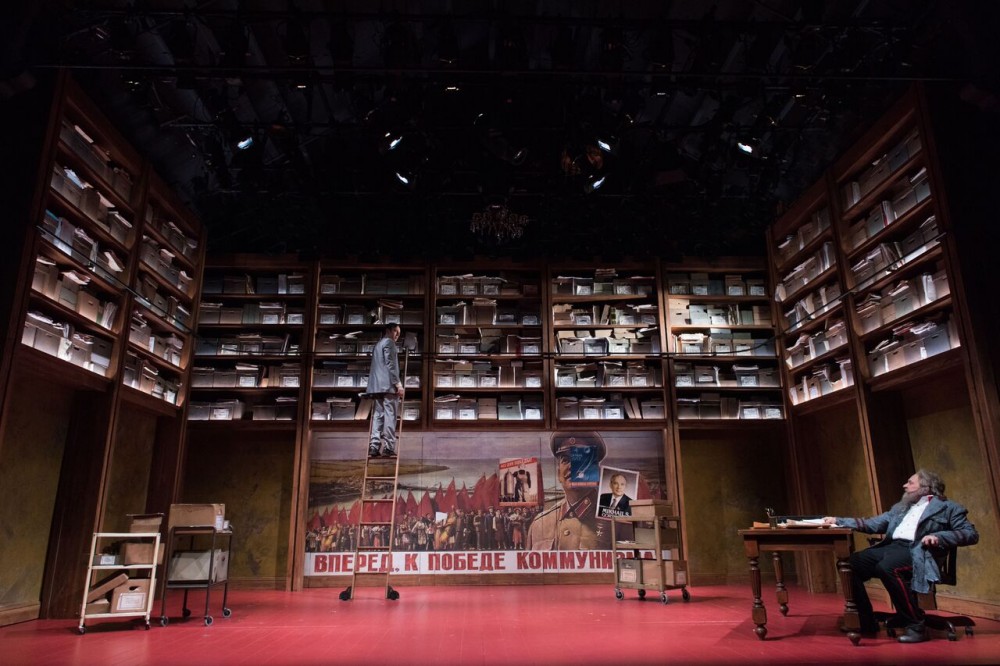 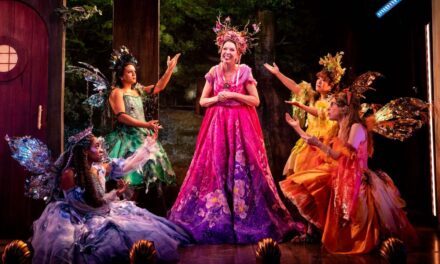 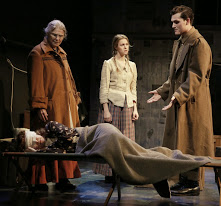