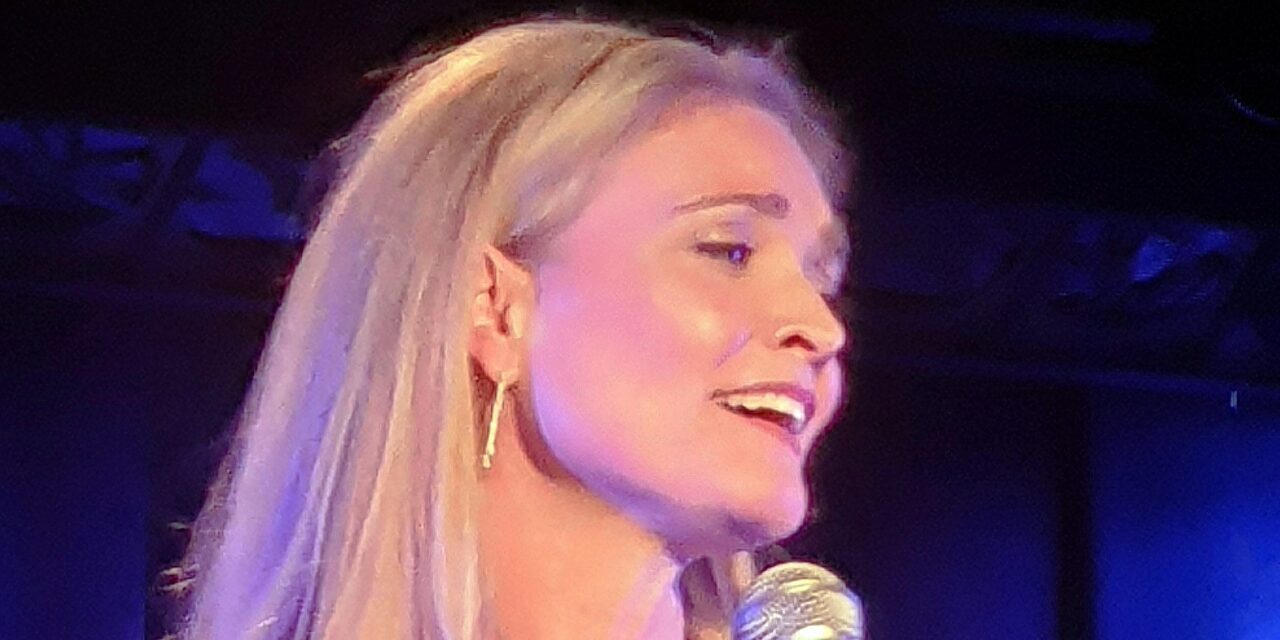 Shana Farr, a winner of several major musical theater and cabaret awards, is an accomplished actress and singer with a gorgeous, classically trained voice and the stature and sculpted beauty of a Nordic goddess, yet with the approachable appeal of the dream girl next door.  The star, who had previously performed successful songbook shows celebrating Julie Andrews; Barbara Cook; Noel Coward and Cole Porter, takes the audience on a musical journey of her own life, through dreams unexpected, broken, and those yet to come.

Dream Reality, written and self-directed by Ms. Farr, packs a lot into its 75 minutes, with all or parts of a couple of dozen songs, and two poems written her.  She is backed by musical director and pianist Jon Weber, a most versatile artist and craftsman.  In intimate anecdotes, Ms. Farr recounted her early passions for music, stifled when she was young, and how she ultimately found her way back to music, and on to New York and the world of musical theater.  Ms. Farr also concomitantly became quite successful in business with the luxury jeweler Harry Winston and later as the designer and merchandiser of her own line of jewelry, “Pure Imagination by Shana Farr.”  She’s is a marvelous storyteller and a fine performer.

Ms. Farr, wearing a black, sleeveless jumpsuit with a glittery trim, opened with a 150-year-old Stephen Foster parlor ballad, “Beautiful Dreamer,” which set the tone for the evening.  She initially sang in a breathy, understated manner while Mr. Weber played the upper keys with a delicate, music-box feel. Appropriately, it is a song of the hopeful dreamer written by Foster when his reality was that he was broke and in poor health.  “Beautiful Dreamer” morphed into “Never Never Land” from Peter Pan.

An interesting medley of “The Mist was on the Meadow,” “Dream a Little Dream of Me” and “A Kiss to Build a Dream On” was notable in that the first and third songs are the same melody, both written by Bert Kalmar, Harry Ruby and Oscar Hammerstein II.  “The Mist” was written for The Marx Brothers” film, A Night at the Opera, but cut.  With new lyrics for another show, the melody became a hit song for Louis Armstrong.

Ms. Farr’s arrangement of Amanda McBroom’s “Dreaming” had something of a “country” feel.  This song really suits her in her chest voice, and was quite appealing and well-expressed.

Did you know that you can only sing 16 bars of a song at a nonunion audition?  “And that’s if you make it past the typecasting!”  This delightful, musical-theater highlight came in the form of Shana’s “16 Bar Medley,” which the star wrote and arranged.  It recreated, with a nearly cinematic device of Jon Weber as various “casting directors” saying “Next!”, making a pigeonholing comment, until Shana finally landed her first part.  With the end of “Till There Was You” from The Music Man, sung with the full power of her glorious voice, she finally nailed her first part, as Marian Paroo.

Shana told the sweet, meet-cute story of her first encounter with her husband, Jeffrey Hardy, reciting her own story poem over the strains of Irving Berlin’s “Always.”  The conclusion was lovely:

Little did they know what was about to begin.

The lady and the gentleman are lifetime best friends.

A reprise of “Beautiful Dreamer” became a unique medley with Sondheim’s “Children Will Listen,” and set up another one of Ms. Farr’s poems, in the form of a promise she made to her first child.  Mr. Weber’s work here was subtly brilliant, somehow blending the two melodies while Ms. Farr recited “The Promise.”  In her poem, she promised her children unconditional love, to teach them respect and gratitude and to give the same in return.  This promise in its entirety ought to be considered by every new parent.  Here is but a small snippet.

I promise to be kind.

I promise to be true.

I promise to be patient

In all I say and do.

Dream Reality is a lovely cabaret show, thanks to Shana Farr’s writing, superb storytelling skills, and her beautiful voice that can whisper or soar powerfully, with great stage presence and a warm connection to the audience.  She made excellent song choices (more than two dozen songs and snippets). The contributions of Jon Weber’s exceptional arrangements and playing for Ms. Farr cannot be overstated.

This performance of Shana Farr:  Dream Reality took place on October 12 at the Laurie Beechman Theatre.  Additional performances are scheduled for October 20 and November 12.  westbankcafe.com/laurie-beechman-theatre.