Stacy Sullivan and Todd Murray – I’m Glad There Is You 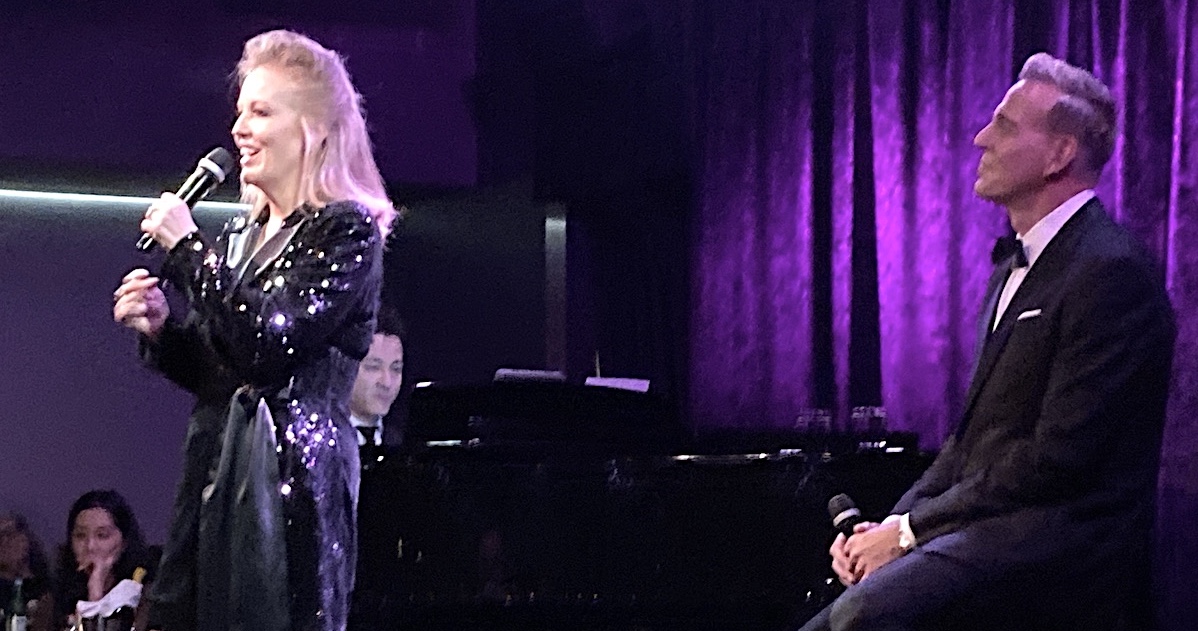 Certain guarantees come with performers of stature. With Stacy Sullivan, it’s the assurance her shows are smart and intelligently constructed, mining unexplored territory with spectacular research, and are, above all, entertaining. Add pal Todd Murray to the mix, and that formula explodes two-fold. In their latest collaboration, I’m Glad There Is You—The Musical Romance of Frank Sinatra and Peggy Lee, the pair have scored another big win, especially with music director Yasuhiko Fukuoka at the keys and Sean Murphy on bass. The show was also a family affair with Sullivan daughter, Savannah Brown directing. This apple hasn’t fallen far from the tree—Brown has a keen eye for staging and her deft touch further enhanced this theatrical work of art.

From the opening number, “I’m Glad There Is You” (Jimmy Dorsey, Paul Madeira) to the last, “I’ve Got You Under My Skin” (Cole Porter), weaving song and narrative into a fulsome tapestry, the duo gave a full picture of the remarkable relationship of Lee (who was sometimes referred to as the “female Sinatra”) and Sinatra. In a modern “now,” where so much remembrance of Golden Age stars is fading, it was as delightful as it is essential to bring two icons of music and the American Songbook to life.

The title of the show, I’m Glad There Is You, not only reflects the titular song, but Lee’s comment on the death of her friend; pressed for a comment from the press, she summed up her thoughts thusly: “I’m glad there was you.” In those five succinct words, Lee drilled down to the essential in a devoted, close friendship that spanned almost 60 years. Sullivan and Murray haven’t quite hit that mark yet, but their own musical collaboration and friendship is very much on that plane. It’s easy to see how this crooner and sultry singer mirror the icons they pay homage to.

Often the job of a reviewer is to pick highlights from a show to concisely represent the whole, but what to do when a show such as I’m Glad There Is You offers so many memorable moments to choose from? One concerns a story about the early career of Sinatra. Working with the Jimmy Dorsey Orchestra, the accompanying pianist abruptly left the stage as Sinatra was about to start “Smoke Gets in Your Eyes” (Jerome Kern, Otto Harbach). Not only is this tune a challenge to sing well, but without musical backup it can be a real trial. Sinatra launched into the tune a cappella and aced it. Murray was up for the test and offered several bars of the tune a la Sinatra. Then with Fukuoka and Murphy he went on to present a beautifully nuanced and evocative interpretation of the song.

Among the 40 tunes total in the show was a “Hits Medley,” in which about half of them were traded off in a “battle of the stars.” It was an endearing, humous turn, with Murray and Sullivan trying to outdo each other—but in the nicest possible way. Bits of business and a lot of energetic “choreography” also defined the sketch, which included antics such as an exasperated Sullivan going to the edge of the stage and adorably picking up a patron’s cocktail to take a needed sip.

Sullivan is no stranger to Peggy Lee. She developed her own one-woman Lee show some years ago and has played it in New York and around the country. She’s a great representative of the Lee songbook, possessing the same smoky vocal tone and sultry manner of wrapping herself around a tune. So, of course, there was the big Lee hit, “Fever” (Otis Blackwell, Eddie Cooley), which had previously been a major charting hit for the African American performer Little Willie John. Lee’s approach was different, and true to the original Lee arrangement, Sullivan demonstrated why the song became a chart-topper. As to Lee’s other late-career charting hit, “Is That All There Is?” (Jerry Lieber, Mike Stoller), the duo paired the tune with “One for My Baby” (Harold Arlen, Johnny Mercer), weaving song and text into a stunning medley.

Fukuoka was in a dynamic groove with his masterful playing, providing arrangements that offered inspired creative ideas. A swinging “Ridin’ High” was matched in an imaginative tinkling, lilting choreography of the keys in “Nice Work if You Can Get It” (George Gershwin, Ira Gershwin) as well as in a Latin-esque touch to “The Way You Look Tonight” (Jerome Kern, Dorothy Fields). Murphy turned to his bow for many of the songs, emulating the haunting, sometimes plangent mood a cello unfailingly supplies. This choice was particularly apt for the woeful “Guess I’ll Hang My Tears Out to Dry” (Jule Styne, Sammy Cahn).

Though the riches of I’m Glad There Is You were overflowing,it’s also apparent there’s enough material in the Lee-Sinatra friendship to fill several more shows. Perhaps we’ll be fortunate enough to see a Part 2 sometime soon.