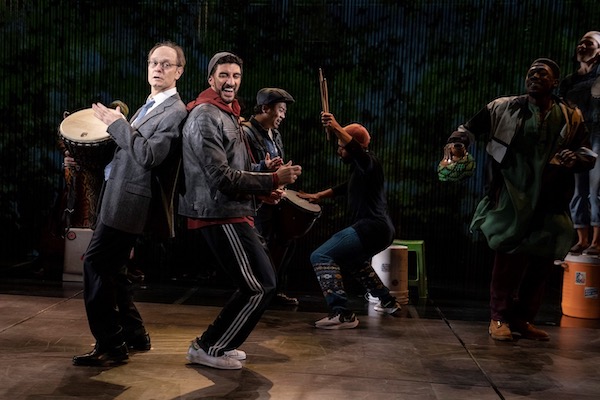 Plays on immigrant issues in America have been flooding our stages in recent times.  David Henry Hwang has been writing about Chinese-American identity for decades (FOB, Chinglish, Yellow Face, Soft Power). Ayad Akhtar’s explosive play Disgraced won the Pulitzer Prize (2013) for its anguished treatment of the Muslim-American identity crisis.  Four installments of Mfoniso Udofia’s massive nine-play Ufot cycle on Nigerian-American identity have already been produced at New York Theatre Workshop. These are only a few of the many new works dealing with the immigration crisis in this country.

And now comes The Visitor, a nobly-intended, beautifully produced musical now playing at the Public Theater, adapted by Kwame Kwei-Armah and Brian Yorkey from Tom McCarthy’s award-winning 2007 film.  It tells the story of a college professor and two undocumented immigrants, and how their chance encounter changed their lives.  Walter (David Hyde Pierce), the protagonist, is a middle-aged professor of economics at a Connecticut college, recently widowed and depressed.  On a trip to New York to attend a conference, he is shocked to find that the empty apartment he once shared with his late wife has been sublet by a scammer to two undocumented immigrants –  Tarek (Ari’el Stachel), a young musician of Syrian descent and his girlfriend Zainab (Alysha Deslorieux), a jewelry maker from Senegal.   On an impulse, the lonely Walter invites the young couple to stay with him, and a deep connection develops between him and Tarek, who teaches Walter how to play the drums.  That growing friendship is suddenly aborted when Tarek is mistakenly arrested, handed over to the ICE authorities, and ultimately incarcerated in an immigrant detention center.  The interaction between Walter and his three new friends – Tarek, Zainab, and Tarek’s mother Mouna (Jacqueline Antaramian) – ultimately transforms Walter to face the future with a renewed sense of self.

The production, masterfully directed by Daniel Sullivan, features a marvelous, diverse ensemble of 15 actors playing multiple roles – as students in Walter’s class and drummers in the New York park where Tarek introduces Walter to his circle of fellow musicians.  They also play academics at a conference, prison guards, and detainees, and their versatility in role-changing, instrument-playing, and dancing is dazzling.  Over 20 scenes unfold smoothly on David Zinn’s ingenious set, lit by Japhy Weideman – from classroom to apartment to the park to the detention center.  Sullivan’s pacing is fluid and seamless, graced by Lorin Latarro’s choreography. The melodious score – music by Tom Kitt, lyrics by Brian Yorkey, -gives this stirring, sad story a special warmth.

It is unfortunate that this fine production has been the subject of criticism and controversy – notably for its focus on a white protagonist and for its alleged outdated treatment of the immigration crisis in America. Yes, it is Walter’s story – but ultimately it is Tarek’s and Zainab’s, too.  The lack of resolution of the young immigrant couple’s future underscores the tragic consequences of America’s unjust, inhumane treatment of immigrants today.   Our empathy for them is the sentiment that endures, after the final curtain. (At the performance I attended, there was a standing ovation).

As for the criticism of its outdatedness, Oskar Eustis, the Public’s Artistic Director, points out in the program notes that the 2007 film from which this musical has been adapted was created in response to 9-11 and the anti-immigrant, Islamophobic backlash that followed. The production of this new musical –  scheduled to open in March 2020 – was delayed for 18 months because of the pandemic. So yes, of course, there have been many new developments over these 14 years in the ongoing immigration crisis in this country.

But the seminal message of the film, brought forward in this new musical adaptation, is a contemporary one – urgent in its immediacy today.  As articulated in Walter’s penultimate song of protest against our unjust, inhumane immigrant policies:  “We have betrayed our better angels….We will find our better angels.”  What could be more contemporary than this exhortation?

As for finding our better angels, we already have –  in the Public Theater, in its leadership, and its diverse, collaborating artists, who for decades have been working with dedication and determination to tell the stories that need to be told to make our world a better place. www.publictheater.org. 425 Lafayette St. NYC 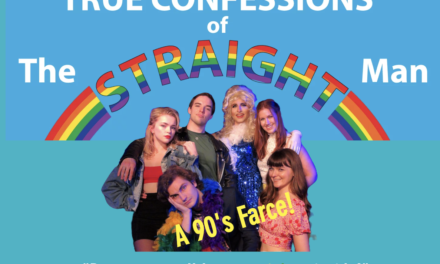 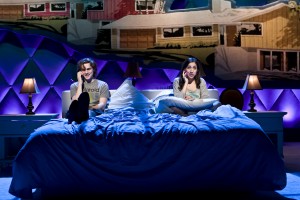 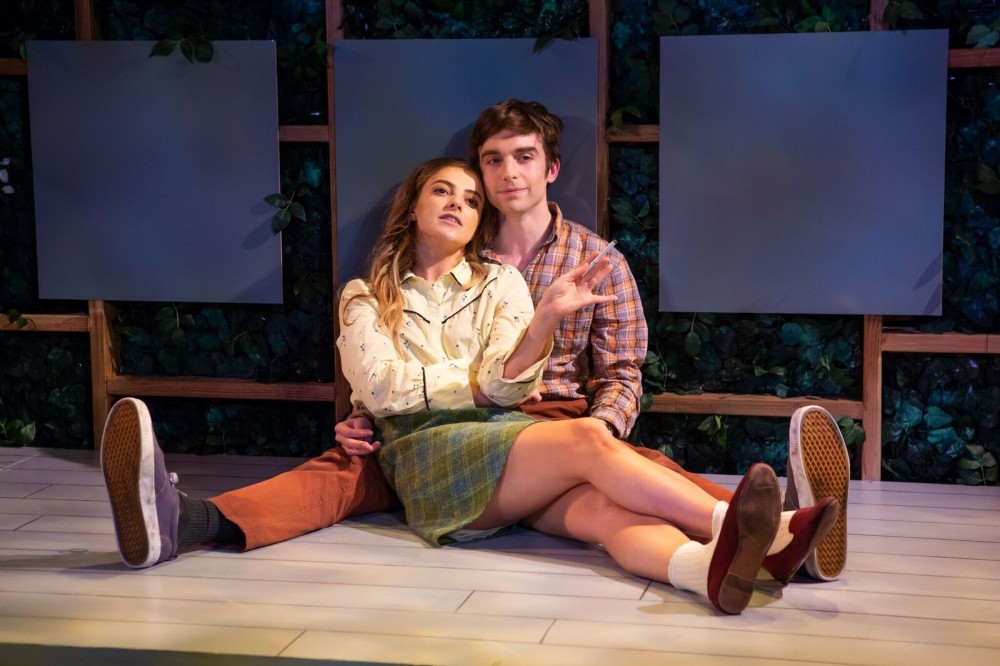